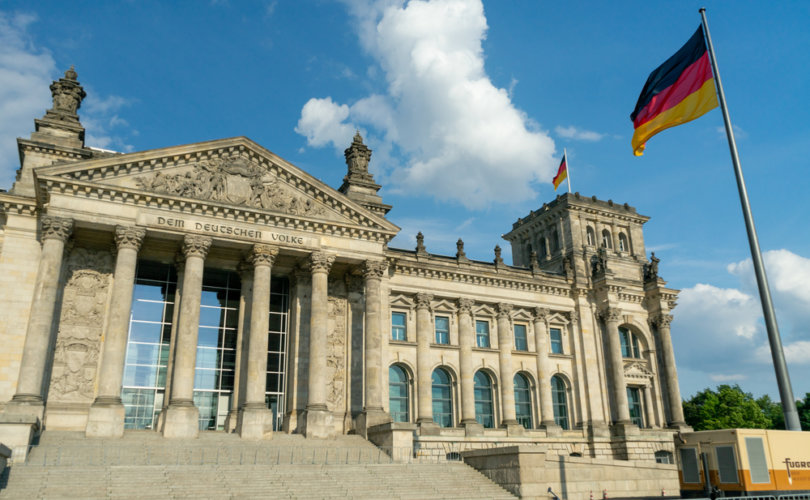 BERLIN (LifeSiteNews) — The German government is currently debating the creation of a vaccine registry that would facilitate the introduction of a mandatory vaccination policy similar to that of Austria.

Bärbel Bas, member of Germany’s Social Democratic Party (SPD) and president of the German parliament,on Sunday called for the creation of such a registry that would allow the government to know the vaccination status of each citizen.

In an interview with German newspaper Welt Am Sonntag, Bas criticized the lack of precise data on COVID-19 and vaccination.

“What concerns us all is that the health departments don’t know exactly how many people are infected or what exactly the current rate of vaccination is,” she said.

Such a vaccine registry exists for now only in Austria, where it was adopted last year. According to Austrian Catholic activist Alexander Tschugguel, it is precisely the existence of this registry that has enabled the Austrian government there to announce mandatory vaccination as of next year, and to penalize failure to vaccinate.

Indeed, the debate over current discussions in the German parliament regarding the introduction of a vaccine registry appear to be closely linked with the idea of adopting mandatory vaccination policies similar to those adopted by Austria recently, as German television news program Tagesschau reported.

Until now, the German government obtained its COVID vaccination data from vaccination centers and clinics, after the data has been processed by the Robert Koch Institute (RKI), which meant that the data obtained has not always been accurate.

The introduction of a vaccine registry would mean more exact data could be obtained which would then enable the government to impose mandatory vaccination on the entire German population.  The data could also be used for enforcing the mandate and penalize infractions, as has been announced in Austria where so-called vaccination deadlines have been set every four months. Upon reaching the deadline, people must either be vaccinated or provide a valid exemption entered in the registry (for instance on medical grounds) in order not to be fined.

Several German politicians have expressed concerns regarding the introduction of such measures.

Member of the Free Democratic Party (FDP) Wolfgang Kubicki said Saturday that he is against mandatory vaccination and provided three reasons.

“First: in my view, the general obligation to vaccinate against SARS-CovV-2 is unconstitutional. It is a serious encroachment on the fundamental right to bodily integrity,” he said.

As a second reason, he argued that “it is completely unclear at this point when the obligation for citizens to be vaccinated will end — after the first booster shot, after the fourth?”

Finally, as a third reason, Kubicki pointed out that mandatory vaccination would constitute a serious breach of trust high-ranking government officials “repeatedly affirmed that a general vaccination requirement would not come about.” Kubicki said breaking this promise would leave “deep scars” in German society.

A number of other German politicians expressed skepticism as well.

Kevin Kühnert, the openly homosexual secretary general of the SPD, said that even if limited to data on COVID vaccination, he considered the idea dangerous as it could, according to him, “open the door to more and more data being accessed [in the future].”

Regarding a mandatory vaccination, Kühnert explained that many difficult legal questions remain to be clarified before such a requirement can be enforced.

Friedrich Merz, the incoming leader of the Christian Democratic Union (CDU), expressed similar views. “The question of how such a law would be enforced is, in my view, at least as important as the discussion about the mandate itself,” he said.