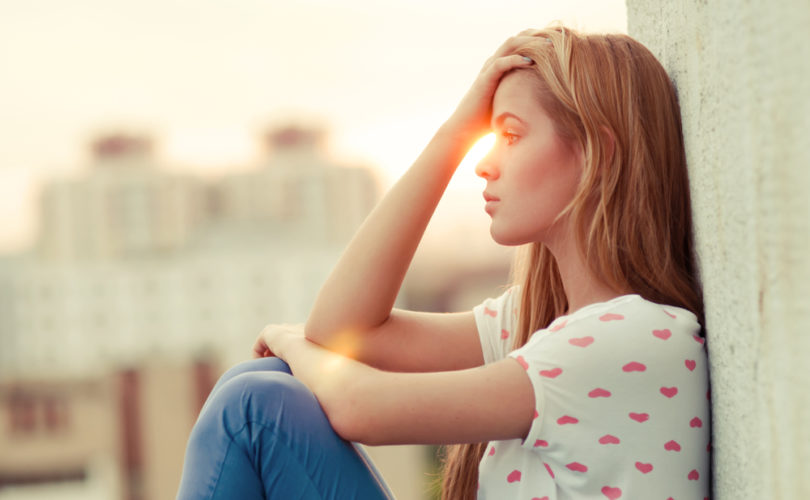 February 15, 2019 (LifeSiteNews) — Jens Spahn, Germany’s federal health minister, obtained a budgetary increase of approximately $1.4 million a year – 5 million euro over four years from 2020 to 2023 – to fund scientific research on the “emotional consequences” of abortion that the German federal Cabinet approved this week.

The decision appears to be a compromise aimed at placating Spahn’s Christian Democratic Party ( CDU) after the Cabinet agreed last week to partially lift a wide-ranging ban on publicity for abortions, allowing doctors and medical associations to advertise about the procedure and to link to information on methods and availability of legal abortion in Germany.

The 5 million euro research will focus on the “long-term psychological effects” on women who have had abortions.

It has already sparked controversy and anger among the Social Democrats who obtained the February 6 decision from their CDU allies. The German mainstream media have followed suit, echoing their concerns that the public funding of the study in fact challenges the “legitimacy” of legal abortion in Germany.

Süddeutsche Zeitung published an article saying that a minority of women do regret their choice but that very few experience psychological pain.

SPD Bundestag member Florian Post criticized the use of public money for the research, telling Bild am Sonntag it is “a scandal to spend millions of euros for such nonsense.”

The federal minister for family affairs, Franziska Giffey, an SPD member of the government coalition, speaking in a TV chat show said several days before that she didn’t think much of the research. She claims it is established that mental problems associated with abortion are not related to the procedure alone but to the stigmatization experienced by women who abort.

Counseling service “Profamilia,” a pro-abortion group, says the same: “The risk factor is not the procedure itself, but the stigmatization that is felt as well as former mental illness.” This, they say, has been established by numerous studies, and therefore new research would be pointless.

Besides, opponents say, post-abortive trauma is not recognized by the World Health Organization. They are certainly not open to new scientific research and discoveries.

A Christian evangelical news site, www.idea.de, quoted Angelika Pokropp-Hippen, a medical doctor and psychotherapist from Münster, who agrees with many experts that a large number of women experience psychosomatic disorder after an abortion, ranging from drive, sleep and concentration disorders to severe mood swings, diminished self-esteem, panic attacks, and suicidal thoughts.

Pokropp-Hippen added that the symptoms sometimes appear years after the abortion, when the woman has a new pregnancy.

She said many women undergo years of psychotherapeutic treatment without success, because during therapy nothing is said about abortion as a cause of the mental disturbance. Many doctors know nothing about “post-abortive syndrome” or do not take it seriously, she added.

Christian magazine Pro-Medien quoted American and British public research claiming that abortion is not linked with worse mental outcomes than completed pregnancies. But it also links to a long-term New Zealand study by David Fergusson in 2006 showing that having an abortion as a young woman raises the risk of developing later mental health problems including depression, anxiety and drug and alcohol abuse. That research also said there is a dearth of reliable evidence on the mental health effects of abortion.

So why would new research be redundant? Even the United States and British meta-research drew attention to the fact many existing studies have “often serious” methodological flaws that do not permit the precise identification of abortion among factors of mental disorders, nor the risk assessment of these disorders compared with women with unwanted pregnancies who do not have an abortion.

The CDU’s Bavarian counterpart, CSU, called itself pleased with the funding of post-abortion research. Its spokesman for health affairs, Stephan Pilsinger, medical doctor who represents West Munich in the Bundestag, told Die Tagespost the decision is “a great success for so many women who suffer in the long term from post-abortion syndrome, which is downplayed for ideological reasons.”

The tone of the public outcry against the research – the Greens called it “pure populism of the so-called pro-life movement” – certainly substantiate his claim.