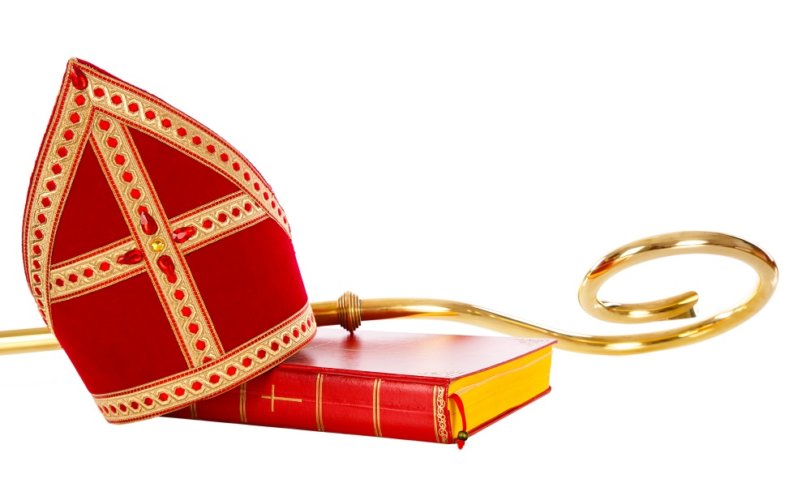 April 5, 2018 (OnePeterFive) – While we are still recovering from a recent interview by a French priest in which he reveals that Pope Francis had given him his approval for the blessing of homosexual and “remarried” couples, there comes now yet another priest dropping new bombshells. And he, too, has received personal support from the pope. This priest now claims that a female pope is very well a possibility in the future.

On Good Friday, 30 March, the German newspaper Augsburger Allgemeine published an interview with Father Anselm Grün, a prolific book author and progressive German monk who had just received public praise by Pope Francis, in February of 2018. Speaking at that time to Rome's clergy about the “mid-life crisis” of priests – when they are between forty and fifty years of age – the pope gave some book recommendations to his clergy. He then said:

There are two writings that I know […] : there [first of all] is a modern book, closer to us, also a dialogue with psychology, of that Austrian [sic] monk-psychologist Anselm Grün, The Middle-Age Crisis [sic – title is incorrect, it is, rather, Lebensmitte als geistliche Aufgabe – Middle-Age as a Spiritual Task], this can help. It's a spiritual-psychological dialogue on this moment.

Already in 2013, it was reported by the newspaper La Nación in Argentina that Pope Francis, as a cardinal, had had on his nightstand a book written by Father Grün, among other books, which were altogether “texts that he uses to recommend to those people who place themselves under his spiritual guidance,” in the words of La Nación. That specific Grün book is entitled Wege zur Freiheit (Paths to Freedom).

It is this German priest – Father Grün – who received the honor of being publicly praised by the pope – who now also has given an interview in which he makes some stunning and quite heterodox comments. First, he introduces himself by saying that “Fundamentalist circles like, at times, to call my theology, my spirituality, heretical…” Later on in the interview, Father Grün touches upon topics that might explain the stern assessment of some “fundamentalist circles,” when he says that “There are no theological reasons that speak against an abolishment of priestly celibacy or against female priests, female bishops, or a female pope. Only here it is about historical processes.” Such things “need time,” he adds. But for him, “the first step has to be now the ordination of women as deaconesses.” Concerning the question of priestly celibacy, this priest also says that “that should be free for each individual to decide upon.” Grün also explains that he works “with some homosexual priests – and they are good priests. They can speak with us openly about their problems and they feel that they are being accepted.” “That is very important,” he adds.

Father Grün's own comments about a female pope in the new 30 March interview are a response to a question from the interviewer about the views of his colleague, Wunibald Müller, who is the founder and, until 2016, the director of the Recollectio Haus (House of Recollection) for priests and religious who are in existential crises, and which is located in Grün's own Benedictine monastery Münsterschwarzach in the diocese of Würzburg. Father Grün is the spiritual director of this Recollectio Haus.

Moreover, Müller – who is himself a lay theologian and a psychotherapist – is, in Germany, a prominent public defender of homosexuals and a promoter of the blessing of homosexual couples. In a recent 7 March 2018 panel discussion in Neuss, Germany, it was he himself who first proposed the idea that there should be a female pope. Müller then said (at minute 35:50): “For me, it is a scandal that women, for example, cannot be ordained as female priests; and someday perhaps even as female bishops, someday perhaps even as pope – why not?” He doubted that “God would have one minute a problem with it, that a woman would become a female priest.” Müller is the same man who has written, in 2013 and 2014, open letters to Pope Francis asking him to give the permission for married priests. “I asked for a relaxation of celibacy. There should be married priests as well as celibate, homosexual as well as heterosexual [priests],” he said in an interview which the Italian Vatican specialist Sandro Magister had quoted in 2016. At the time, Müller also spoke about the response he had finally received from Pope Francis:

Francis thanked me for my reflections, which made me very happy. He says that my proposals cannot be realized for the universal Church, but I think that this does not rule out solutions at the regional level. Francis has asked the Brazilian bishop Erwin Kräutler to find out if in his diocese there are married men, of proven experience, who could be ordained priests. The pope is seeking places where something can be changed that can then develop a dynamic [sic] of its own.

Let us now return to Father Grün himself who has worked closely with Müller for many years and who shares many of his views with regard to possible reforms in the Catholic Church. As Giuseppe Nardi reported for the German website Katholisches.info, Grün said in 2017 that he explicitly invites Protestants to receive Holy Communion at his Masses. “When I give classes at the guest house of our monastery in Münsterschwarzach, I always explicitly invite everybody to go to Communion, because some Protestant Christians do not dare. But when I invite them, they like to come,” explained the Catholic priest and monk.

When speaking about the Immaculate Conception, this priest even claims that this very expression is applicable to all of us, since it merely means that “Mary is a figure of the redeemed man,” and that “we all are, from the beginning of the world, chosen in Christ to be holy and without stain.” Father Grün continues, saying “that does not mean that Mary is something special and we the poor sinners. Unfortunately, this is how it is often now being interpreted. But this is not Catholic dogmatics.”

According to his own words in his new 30 March interview, Grün was heavily influenced in his intellectual life by the Zen Master Karlheinz Graf Dürkheim. The German priest mentions this psychotherapist, together with the occultist and psychoanalyst Carl Gustav Jung, as his sources. It shows his attraction to esoteric ways of thinking.

This same Father Grün explains in the interview why he himself signed the recent Pro Pope Francis initiative which was launched by progressivist priests. “There are in Rome some very conservative circles who are blocking him [the pope].” The pope, he adds, “finds himself in a certain tense situation.” One the one hand, “he would like to continue with his reforms,” but “he also wishes not to provoke a split of the Church.” Grün also praises the pope for bringing into the Church “a new spirit.” Unlike under his predecessors, John Paul II and Benedict XVI, today “there is not a system of denunciations any more.” Under the previous popes, “priests often were anonymously accused.”

As his colleague Wunibald Müller has just said during the panel discussion on 7 March: things have changed under Pope Francis, “now we are encouraged to speak our mind.” Pope Francis thus is opening up “free spaces” where one can discuss things. “We have too much fear to accept new things,” the psychotherapist explained. Pope Francis, Müller added, “encourages us to make trouble.” “And I believe that there are right now also a lot of such things that are happening.”

This new Grün interview seems to confirm these last words from his colleague, Wunibald Müller. The Augsburger Allgemeine makes a point in highlighting that this priest, only a month ago, had received public praise from Pope Francis.

Published with permission from OnePeterFive.