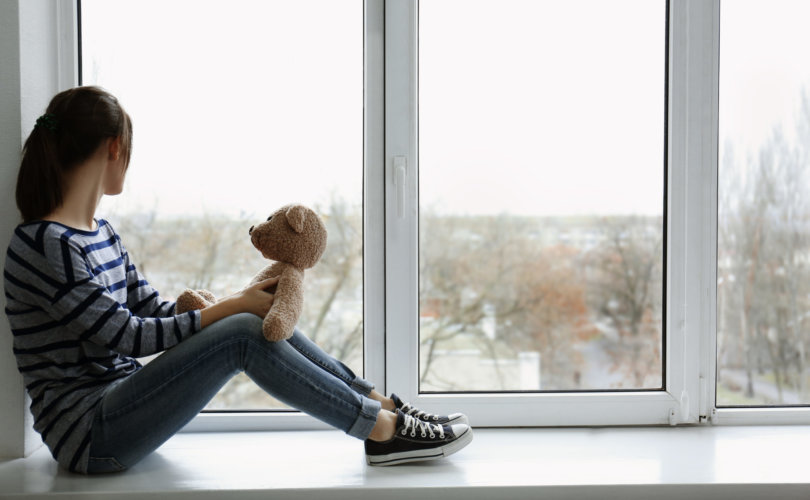 August 13, 2020 (LifeSiteNews) – Local government authorities in Germany have threatened parents whose children are suspected of having contracted the coronavirus with fines and jail time when they don’t isolate their children in their own rooms.

According to a report released by German newspaper Die Welt, some local government agencies even ordered the children not to eat with other family members.

In the city of Bruchsal, dozens of fourth graders were sent home to quarantine. Parents were asked to have their children, who are mostly around nine years old, wear a face covering at home when in contact with family members. City officials even threatened to take away the children from their families and place them in a special institution for the duration of the quarantine should parents refuse to comply.

Several pro-family organizations criticized the local governments for their reactions and infringement of parental rights.

Hedwig von Beverfoerde, the founder of “Demo für Alle” and leader of pro-family demonstrations in Germany, told LifeSiteNews that public health authorities threatening “to take children away from the family by coercive measures and to take them into state custody takes your breath away!”

“Such measures exceed every measure and are otherwise known from totalitarian states, such as, at one point, Nazi Germany, East Germany, China or North Korea,” she said.

Beverfoerde also commented on the restrictions placed upon ordinary citizens amid the coronavirus crisis. “Many of our government’s coronavirus measures are completely disproportionate and illogical, given the small number of people seriously ill with COVID-19, let alone those who died from it,” she said.

“Some federal states, for example, introduced compulsory masks for children in school lessons,” she pointed out. “This is not only unnecessary, but also dangerous from a medical point of view and prevents normal teaching.”

Instead of forcing children to wear face coverings, Beverfoerde advocated for homeschooling as a viable alternative.

“The government could make good use of the current situation and transform rigid compulsory schooling into modern compulsory education, allowing homeschooling by parents,” she explained. “In this way, the education of our children could continue to be guaranteed – without expensive and complex measures for the schools, which contribute nothing to the protection of our children anyway.”

Homeschooling in Germany has been illegal since the time of the Nazis. Families who attempt to homeschool are routinely fined, and even ripped apart, with children being placed under the care of government agencies. Some families have moved to foreign countries, including the United States, to educate their children at home.

Beverfoerde lamented “a general distrust towards parents in our society, although they usually know and love their children.”

“In many German youth welfare offices, this distrust also exists,” she emphasized. “In 2018 alone, over 52,000 minors were taken from their families. Among them were numerous obvious mistakes, with absurd reasons given, such as that the bond between mother and child was too close.”

Regarding the letters sent to parents of children who are suspected of carrying the coronavirus, a spokeswoman for the city of Offenbach said, “A possible fine must first be threatened as a possible legal consequence in order to be able to determine it if necessary.”

However, in concrete situations, not all of the local government’s demands might be followed, she admitted, saying that details will be determined during the first conversation between government agencies and the family in question.

The organization “Familien in der Krise” (Families in Crisis), which was founded in response to the coronavirus outbreak in Germany, commented that “it is good that at least in the talks the needs of the children are taken into account, but we demand legal security for the families affected.”

“The physical and psychological needs of the children must already be in accordance with the UN Convention on the Rights of the Child when the legally binding administrative act is adopted and must be given priority,” the organization added.

The German Association for the Protection of Children (Deutscher Kinderschutzbund), a lobby organization for children, called the isolation of children from their parents “a form of psychological violence.”

“The German Association for the Protection of Children considers these measures to be disproportionate and unacceptable,” the statement continued. “The threat of being taken out and placed in an isolation ward … also causes lasting insecurity for families. Certainly, measures must be taken to contain the pandemic. But this can also be regulated by including the entire household, or at least one parent with custody, in the quarantine measures.”