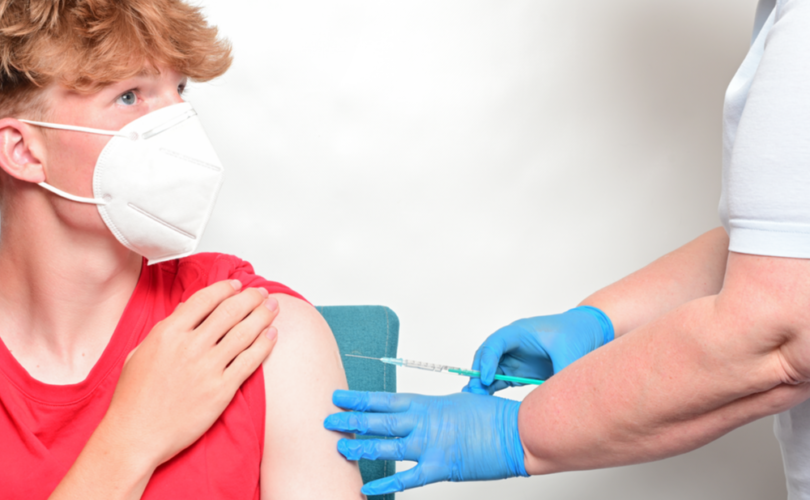 BERLIN (LifeSiteNews) — German MPs are debating the introduction of a law that would make vaccination against COVID-19 mandatory for all German citizens over 18. Most of those in favor blamed the unvaccinated for ongoing COVID cases and restrictions.

The German federal parliament held the crucial debate Thursday, but no decision has been made on the issue.

MPs were divided about whether to impose mandatory vaccination on all adults from age 18, on adults over 50 only, or not at all.

Among those in favor of a universal mandatory vaccination policy for all adults over 18, similar to the one introduced in Austria earlier this year and recently lifted, was Heike Baehrens, spokeswoman of the Social Democratic Party (SPD).

To back up the idea of practically coercing the population to be injected with the experimental mRNA vaccines, Baehrens and other MPs cited a potential new wave of COVID infections that they expect will come in the fall.

“We must fundamentally create the conditions to ensure that we are not overrun by another wave of infections,” she said.

Baehrens insisted that a high vaccination rate must be achieved by the fall and said that the more people are vaccinated, the faster the country could return to normal life without restrictions.

Her sentiments were echoed by German Health Minister Karl Lauterbach, who also pointed to a potential “new wave” of COVID next fall.

“We will be in the same place in the fall as we are now if we do not seize this unique opportunity together,” Lauterbach argued.

“The probability that we will have no trouble fighting the COVID pandemic in the fall is close to zero,” he added. The health minister opined that universal mandatory vaccination is the only way to prevent a future wave of COVID, despite the fact that vaccinated people can still pass on and contract the disease even after multiple boosters.

In fact, a noticeable number of MPs, some of whom favor mandatory vaccination, were unable to attend the debate in person after having tested positive for COVID themselves and despite being doubled or triple jabbed.

In spite of this, Lauterbach blamed the unvaccinated for the current high incidence rate of COVID cases in Germany, which currently has a 75% rate of fully vaccinated.

The German politician even went as far as accusing the unvaccinated of “holding the country hostage.”

“The unvaccinated are currently responsible for us not getting anywhere,” he said.

Emilia Fester, 23, the parliament’s youngest MP and a member of the green party, shared Lauterbach’s opinion.

After complaining about not being able to travel, going to night clubs or kissing strangers due to COVID restrictions, Fester addressed fellow MPs from the Alternative for Germany party (AFD) who oppose the measure, and argued that unvaccinated people are the cause of her lack of freedom.

“Had you and your freedom-loving friends been vaccinated, like most of us reasonable people who took this simple step have … then I would be free right now! Then we would all be free, or at least freer!” the young MP shouted.

In contrast to her and Lauterbach, Bundestag vice president Wolfgang Kubicki of the liberal party FDP strongly opposed the measure.

“The case for getting jabbed convinces me; the case for mandatory jabs does not,” he said.

Kubicki was one of the MPs who was unable to attend the debate after he tested positive for COVID.

In a March 14 Facebook post in which he disclosed his PCR-test result, Kubicki, who is fully vaccinated, pointed out the absurdity of the argument for a mandatory vaccination.

“I’ve received my boosters and yet I’m still contagious. This goes to show that a state-imposed mandatory vaccination is completely pointless,” he wrote.

Alice Weidel, leader of the AFD party, also expressed her opposition to mandatory vaccination, describing the idea as “a dead horse.”

“There is no legitimate and constitutionally acceptable justification for the introduction of mandatory vaccination against Covid-19,” she said.

Justice Minister Marco Buschmann of the SDP suggested a compromise, arguing that a partial mandate for adults over 50, who are said to be most at risk from COVID, could be “carefully considered.”

The German government has decided not to issue a draft law for the time being and to leave it to parliamentary groups to come up with proposals.

An expert hearing is to take place next Monday, and members of parliament are then expected to vote on the measure at the beginning of April.

Germany’s neighbor, Austria, was the first country to have ever passed a law mandating vaccination against COVID-19 to the whole population.

Though plans to enforce the mandate were recently halted, the Austrian government indicated it might reverse its decision at any point, in which case unvaccinated citizens could face heavy fines.