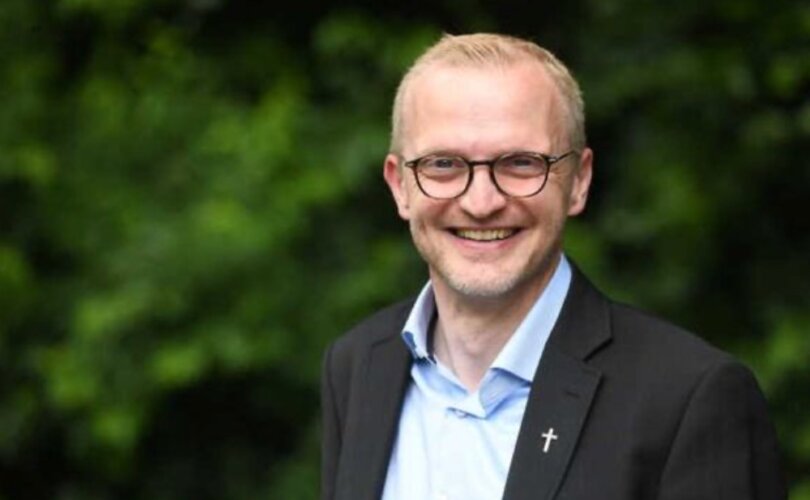 The psychologist Hermann Backhaus, who is also a Catholic priest, told katholisch.de that “[w]ith regard to celibate people, the consumption of explicit sexual depictions can have a relieving effect – this cannot be denied.”

Backhaus works as a psychologist in a counseling center of the diocese of Münster that provides psychological support for people employed by the Church.

Backhaus responded that “to bring the devil in connection with pornography is a very strong statement. I don’t know if Francis is not rather working against his intention than promoting it.”

While Backhaus did warn against pornography addiction, he did not condemn pornography per se. Instead, the priest suggested that it has positive effects.

He said that “[w]e should be careful with the term ‘pornographic’ because it is always also perceived as ‘dirty.’” He added that a “certain explicit presentation of sexuality in relationships can lead to love life becoming livelier.”

“So there are definitely also positive effects of explicit sexuality in relation to partnership and lived sexuality,” Backhaus stated.

“Almost everyone has sexual needs, but as priests and religious we are used to not noticing them, or at least not talking about them. This is a great danger,” Backhaus said. “But we are in the process in the Church of breaking down this behavior and recognizing it: Priests and religious are normal people with sexual desires. We have to deal with that.”

Backhaus said that he wished the Church would “de-sensationalize” talking about consuming pornography since it is “something that is normal in our society.”

“We can and must find a good way of dealing with it,” Backhaus said.

katholisch.de is the official news outlet of the Catholic Church in Germany and is owned by the “The Association of the Dioceses of Germany,” which is itself headed by the president of the German bishops’ conference.

The Church understands the purposes of sexuality to be the begetting [of] children and the mutual pleasure for building the couple’s unity. Therefore, any deliberate activation of the sexual function outside the proper state of marriage and the purposes noted is seriously inordinate; if done voluntarily and knowingly, it is sinful. Within marriage such self- or mutual-stimulation is moral only when in some way it prepares for or completes a natural act of sexual intercourse.

Pornography consists in removing real or simulated sexual acts from the intimacy of the partners, in order to display them deliberately to third parties. It offends against chastity because it perverts the conjugal act, the intimate giving of spouses to each other. It does grave injury to the dignity of its participants (actors, vendors, the public) since each one becomes an object of base pleasure and illicit profit for others. It immerses all who are involved in the illusion of a fantasy world. It is a grave offense. Civil authorities should prevent the production and distribution of pornographic materials. (CCC 2354)

“The deliberate use of the sexual faculty, for whatever reason, outside of marriage is essentially contrary to its purpose.” For here sexual pleasure is sought outside of “the sexual relationship which is demanded by the moral order and in which the total meaning of mutual self-giving and human procreation in the context of true love is achieved.” [Persona humana 9]

After LifeSiteNews journalist Dr. Maike Hickson tweeted about the scandalous article on katholisch.de, Bishop Joseph Strickland of the diocese of Tyler, Texas strongly condemned the suggestion that pornography may be beneficial:

“We must object to this ongoing spiral deeper into sin & evil. To intimate that pornography is somehow beneficial is devastating on a multitude of levels.”

We must object to this ongoing spiral deeper into sin & evil. To intimate that pornography is somehow beneficial is devastating on a multitude of levels. https://t.co/UMmPG7PGZC

This is not the first time in recent history that clerics have seemingly endorsed or at least failed to condemn the evil of pornography. In October, Bishop Joseph Bonnmain of the Swiss diocese of Chur failed to correct one of his employees, a laywoman, who claimed in an interview that “legal pornography” should not be “blanketly demonized.”