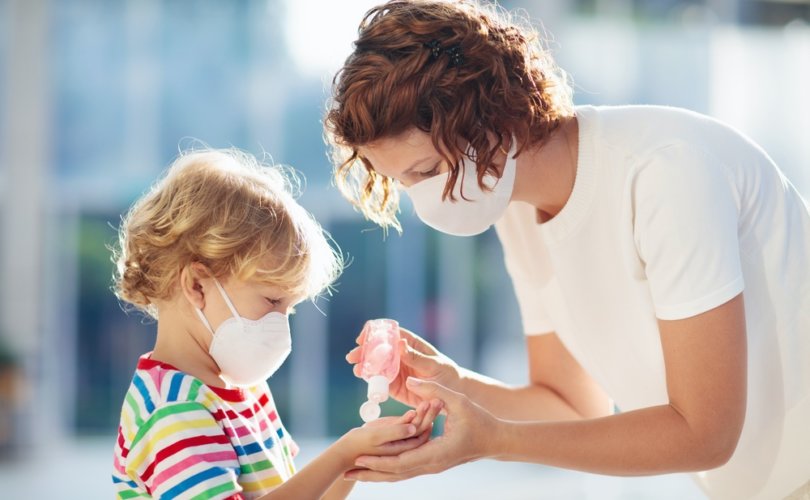 DRESDEN, Germany, May 29, 2020 (LifeSiteNews) – The German state of Saxony told parents that, as a last resort, children without a “health confirmation” form updated daily will be physically removed from their classrooms. While the government later walked back its severe threats, it first warned that if parents refuse to comply, their children could ultimately be taken into government custody.

The health confirmation is a form which parents are supposed to sign every day, indicating that neither their child nor any family member has symptoms of COVID-19.

“If you do not comply with this, the school is ultimately obliged to involve the public order office – up to and including taking your child into custody,” the state of Saxony wrote in a letter dated May 16. It was addressed to parents of children going to primary school (grades 1 through 4), as well as special schools for children with disabilities.

According to the letter, before escalating the situation by activating the public order office, parents have an obligation “to pick up your child from school immediately,” should the child not have an updated health confirmation. Only if parents fail to do that, the student would be removed from the classroom.

The letter caused an uproar on social media. Many citizens felt reminded of the practice of forced adoptions during the dictatorship of former East Germany, of which Saxony was a part. Parents considered enemies of the state had their children taken into custody by the government and given up for adoption.

The state of Saxony later clarified that “taking … into custody” was an unfortunate choice of words. What was meant, the government claimed, was a temporary separation of the child from the rest of the class, for instance in a different room of the building.

A special government website dedicated to frequently asked questions on the subject of the health confirmation, updated on May 20, no longer mentions potentially taking children into custody.

If a child is showing symptoms of the coronavirus, “schools are obliged to exclude the child from the lessons and have the child picked up by the parents. Until the child is picked up, it must be looked after in a separate room.”

However, if the child is not taking a health confirmation, updated daily and signed by the parents, to school several days in a row, this can, “under certain circumstances, also be a signal for domestic problems, possibly even neglect, namely the continuous or repeated failure to act in a caring manner. In such cases child protective services can be called as a last resort.”

The health confirmation itself had caused some controversy, leading the state government to change its requirements. Now, parents only have to confirm daily “that no one in the family has corona symptoms such as cough, a runny nose, and fever.” There is no liability involved with signing that confirmation.

Previously, parents had to confirm that no family member had been in contact with a person infected with the coronavirus in the last two weeks. Naturally, parents working in health care were unable to confirm that.

While homeschooling is completely banned in all parts of Germany, the state of Saxony allowed parents of children going to primary school to temporarily practice home education, at least from mid-May until early June.

It remains to be seen whether the temporary homeschooling option will be extended beyond June 5.