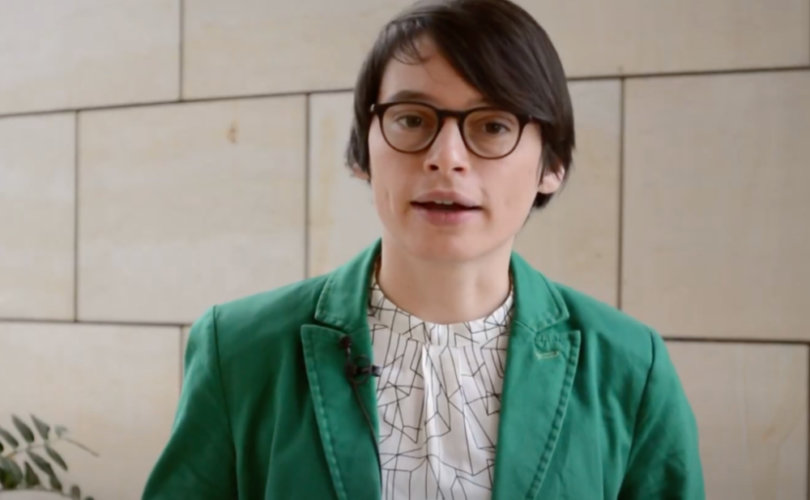 North Rhine-Westphalia’s Family Minister Josefine Paul. She is in a same-sex relationshipYouTube screenshot

Germany (LifeSiteNews) — In North Rhine-Westphalia, a heavily populated state in western Germany, the local government announced that it is setting up four reporting centers for “anti-queer and racist incidents.”

At these centers, citizens will be able to report activities “below the limit of punishability” – meaning activities that are not considered criminal offenses under German law.

In addition to the already launched anti-Semitism reporting center, the establishment of four further reporting centers has now begun. They focus on the following topics:

“We have set a number of goals for the new legislative period to further reduce discrimination in our society,” said North Rhine-Westphalia’s Family Minister Josefine Paul.

“The establishment of the reporting centers is an important first step,” she added. “With this system of reporting centers, which is unique in Germany, we also want to register incidents of discrimination that are below the threshold of punishability and are therefore not recorded in the police statistics.”

This will give us an even more comprehensive picture and enable us to draw important conclusions for intervention and prevention. I am pleased that we have found experienced and well-networked sponsors for the four additional hotlines, who are now taking care of setting up the facilities.

Paul is responsible for the project of setting up the reporting centers. She is a member of the left-wing Green Party and lives in a same-sex relationship with Saxony’s Justice Minister Katja Meier, who is also a member of the Green Party.

According to the state government’s website, work is also being done on a coordinated database system in which the reported cases of discrimination are recorded, analyzed and documented. The state government is providing 140,000 euros for the establishment of each of the four reporting centers. The centers are scheduled to start operation in mid-2023.

However, in an article in Germany’s largest newspaper Bild, Paul’s idea faced criticism, as it was noted the activities that are meant to be reported are only vaguely defined. “Without a clear legal definition, any behavior could be made evidence of racism and queerphobia,” Louisa Volkhausen wrote in her critique.

It remains unclear what the possible consequences might be for a person accused of having engaged in “anti-queer” or racist activities. However, the state government announced that it is also working on a new Anti-Discrimination Law that might make these reported activities punishable in the future.