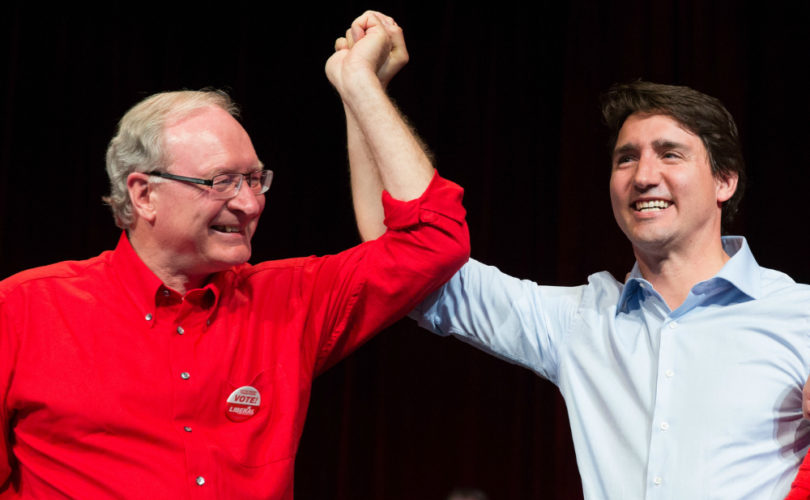 Premier MacLauchlan said PEI women seeking the termination of their unborn children will no longer need a doctor to agree they need the abortion for their health. Flanked by Health Minister Doug Currie and Paula Biggar, minister responsible for the status of women, MacLauchlan explained to reporters, “The arrangement will enable Island women to directly access the service in Moncton [New Brunswick] and have the service covered by Prince Edward Island medicare by presenting their Prince Edward Island health card.”

The new system maintains one aspect of what former premier Robert Ghiz characterized as a compromise between abortion’s supporters and critics: abortions will still not be performed on PEI soil. But it will continue to be paid for by PEI taxpayers.

Holly Pierlot, head of PEI Right to Life, was unimpressed. “Effectively, abortion-on-demand has been introduced into PEI by eliminating the doctor referral for ‘medical necessity,’” Pierlot argued in a news release.

She went on to say that there is no constitutional right to abortion, as contended by the pro-abortion movement. “Abortion does not appear in the Canada Health Act; the only obligation of government is to provide for medically necessary services, and PEI is thus not required to pay for elective abortion-on-demand with tax payer money, especially when there is such great need for other services of a more serious and even life-threatening nature.”

The removed restrictions provided women an opportunity for “sober second thought,” said Pierlot.  Removing them also makes it easy for minors to get abortions without telling their parents.

As for the historic compromise making it easier for women to go off-island for their operations, Pierlot dismissed it as morally meaningless. “This is a skilled attempt at the political pacification of Islanders. But I ask: What difference does east of the bridge or west of the bridge make?”