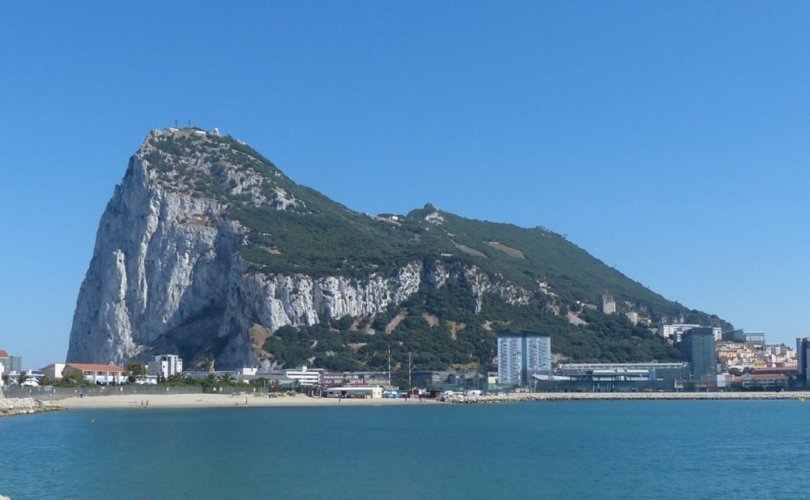 The Rock of Gibraltar.

Speaking to The Gibraltar Olive Press, a Government spokesman said: “We have already dealt with progressive issues like civil partnerships and equal marriage… The Cabinet has not considered changing this [abortion] policy.”

In the British territory, abortion remains a crime under Section 162 of the 2011 Crimes Act of Gibraltar and carries with it the sentence of life imprisonment. That said no woman has been sentenced under this provision.

Reacting to this, pro-abortion campaigners for Pro Choice Gibraltar told The Gibraltar Olive Press how frustrated they were at the lack of change on the Rock, especially given what had happened in Ireland. One of those campaigning for abortion to be legalized said: “It's a human right. We cannot be the last progressive nation in Europe to have this restriction on women”.

The statement from Gibraltar's Government comes after pressure from pro-abortionists there for legislative change in the light of Ireland's recent referendum.

In March 2018, the Gibraltar Chronicle newspaper reported that the territory's Equality Rights Group (ERG) was considering taking legal action to press for change to the laws on abortion in Gibraltar. Following the Irish referendum vote, on 29 May 2018, the ERG announced to the press a “pro-choice campaign”. In a statement ERG Chairman, Felix Alvarez, told the press: “The Equality Rights Group is not going to sit back and accept that Gibraltar should continue having one of the most negative laws in Europe on the issue of women's reproductive rights…. Consequently, ERG, along with a number of non-politically partisan women and men coming forward from both the community of Gibraltar and international activists, organisations and bodies, will now proactively engage in bringing this issue for resolution before Government who, no doubt, will need to undertake the necessary steps to amend the out-dated provisions of the Crimes Act 2011.In the twenty-first century, women must be unequivocally free to decide for themselves without imposition.” He went on to add how the ERG would now “be stepping up and rolling out action and pressure on legislators in a planned and effective fashion”.

As reported by the Gibraltar Broadcasting Corporation, reacting to these moves to legalise abortion in the territory, the Pro-Life Movement says it will work and campaign to keep Gibraltar a “beacon of hope and justice” amidst what it calls the “industrialised destruction of children”. The Pro- Life Movement is a new local initiative not associated with any religion but an independent voice advocating “pragmatic and positive alternative solutions to abortion”. In a statement, the group called for a holistic review of Gibraltar's education and health care systems to better understand the needs of women and their children.

With a population of just over 32,000, Gibraltar is an Overseas British Territory located at the southern tip of neighbouring Spain. Under the 2006 Constitution, Gibraltar is self-governing with defence and external relations dealt with separately by the United Kingdom. Although not part of the United Kingdom, Gibraltar has a special relationship with the European Union, which is different from any other overseas territory of a member state. Under the Treaty of Rome 1973 and the UK Act of Accession of the same year, upon the UK's joining the EU Gibraltar was classified as a dependent territory of the UK with the British Government responsible for Gibraltar's relationships within the EU.

Gibraltar is overwhelmingly Catholic. According to the 2012 census, approximately 72.1% of Gibraltarians identify as Catholic.