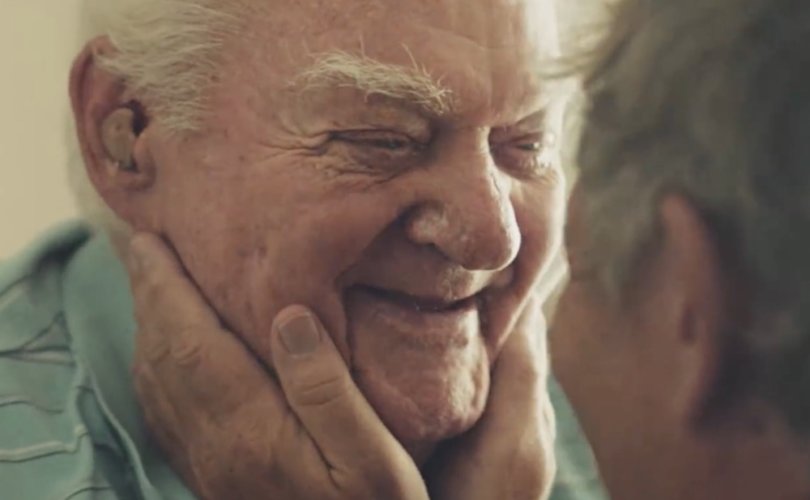 October 19, 2018 (LifeSiteNews) – A beautifully produced commercial offered by Gillette portrays the bond between an elderly father and his son, offering a sharp contrast to the loud forces promoting euthanasia.

“In the past 100 years, over 4,000 razors have been designed to shave yourself. There have been 0 designed with the intent to shave someone else. Until now,” explains the razor blade manufacturer, introducing “the first razor designed for assisted shaving.”

While Gillette’s intent is to identify a new market in which to expand its sales, the commercial has a value that extends far beyond increased market share and profits.

The very moving commercial shows a middle-aged son getting his elderly dad up in the morning and the painstaking, loving daily grooming routine which follows.

“My Dad had a stroke, and now he can’t get around and he needs me to help him out,” explains son Kristian Rex. “I’d do anything, anything for him.”

“There’s a definite role reversal that happens,” he continues. “I have to wake him up in the morning, groom him, shower and shave him.”

The younger Rex adds that while confronting that reversal is scary, “it’s actually an honor to do that for your father, because he did it for me when I was a kid. It’s very humbling to take him and change his clothes and give him a shower.  It’s the kind of thing that you do out of love.”

The ad has garnered multiple industry awards at the Cannes Lion Festival, in the categories of Health and Wellness, Promo and Activation, and Non-Fiction Entertainment.