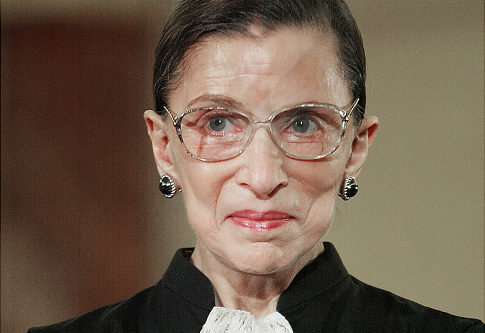 December 17, 2019 (LifeSiteNews) — Left-wing U.S. Supreme Court justice Ruth Bader Ginsburg gave an interview to the BBC this week in which she offered more of her personal views on abortion, which she has long strongly supported.

“I think society needs to be more active on this issue,” Ginsburg said. “And the truth is that with all these restrictive laws” — that is, state laws restricting the availability and legality of certain abortions — “the only people who are being restricted are poor women. They normally can’t pay a plane fare or the bus fare, they can’t afford to take days off of work to go.”

Ginsburg has repeatedly voted to uphold Roe v. Wade despite admitting in 1985 that she considered it “heavy-handed judicial intervention [that] was difficult to justify and appears to have provoked, not resolved, conflict.”

Ginsburg also suggested in the BBC interview that Republicans with a pro-Trump bias recuse themselves from voting on President Donald Trump’s impeachment, even as she once again displayed her own biases on the issue of abortion.

The BBC’s Razia Iqbal questioned Ginsburg about Democrat efforts to impeach Trump over his request that the Ukrainian government help investigate foreign interference in the 2016 presidential election, as well as former vice president Joe Biden’s role in the ouster of a prosecutor who had been investigating his son Hunter’s business dealings in the country.

“The president is not a lawyer, he’s not law trained,” Ginsburg said in response to Trump’s December 2 tweet musing that the Supreme Court should put a stop to the impeachment proceedings. In response to Republicans who have already announced they will vote against removing Trump prior to a Senate impeachment trial, Ginsburg remarked that “if a judge said that, a judge would be disqualified from sitting on the case.”

Despite being the originator of the so-called “Ginsburg Rule” against judges forecasting in advance how they might rule on particular cases, Ginsburg has rarely attempted to hide her own biases. She has notoriously ruled for abortion and against employers’ conscience rights, as well as for same-sex “marriage” despite calls to recuse herself on the issue because she personally officiated several such “weddings.”

Speculation abounds as to the health of the 86-year-old jurist and by extension her longevity on the court. Were she to retire in the next year or during a potential second term for Trump, her successor could shift the balance of the Supreme Court on scores of issues including abortion, setting the stage for an even more contentious confirmation battle than those over Trump’s first two Supreme Court nominees.