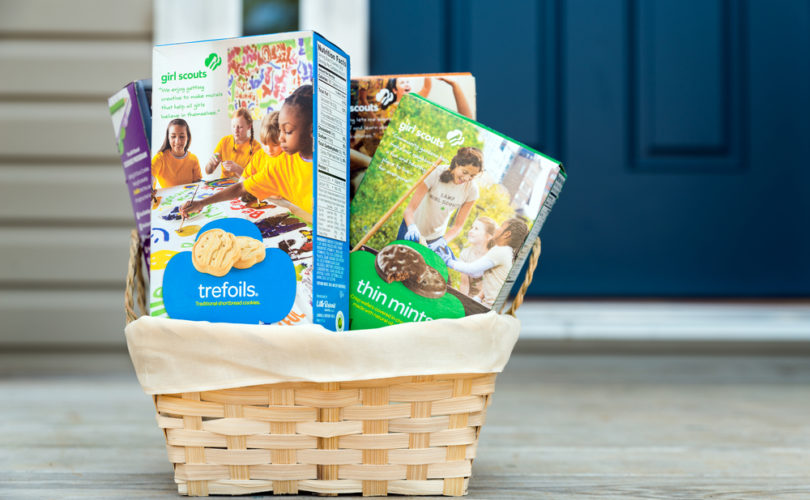 SALT LAKE CITY, UT, April 17, 2015 (LifeSiteNews.com) — The Girl Scouts are once again kicking up controversy with their “progressive” approach to sexuality, this time by starting a brand new troop aimed at gay and lesbian families and boys who consider themselves “transgender” – in other words, boys who believe they are girls trapped in biologically male bodies.

“As long as a youth identifies as a girl or with girls, even if they are genderfluid on the day that they registered, then they can become a Girl Scout,” said Shari Solomon-Klebba, the Utah Girl Scout outreach coordinator responsible for Salt Lake City’s first sexuality-based troop, in an interview with KUTV.

The troop had its first meeting on Monday at the homosexual “Utah Pride Center” in socially conservative Salt Lake City – home of the Church of Jesus Christ of Latter Day Saints (more frequently referred to as Mormonism), which has repeatedly clashed with gay activists over its traditional teachings on marriage and sexuality.

KUTV reported that five children attended the meeting, all biological girls ranging from age 6 to 11.  They met in a “game room” at the Pride Center, where a box of condoms sat on the table and a nearby sign read: “Some boys have vaginas.”  (Pride Center director Sheila Raboy later told KUTV that leaving those items visible to the children was an “oversight.”  She said they would be hidden away during future meetings.)

Solomon-Klebba, an open lesbian who is raising a young daughter with her partner, Cindy – whom she “married” in Utah in December – told KUER she started the troop to help kids like her daughter avoid the emotional discomfort that being around traditional families can often cause them.

Utah Pride Center director Sheila Raboy agreed.  By joining a troop where non-traditional sexualities are the focus, she told the Associated Press, “these girls will be able to enjoy the Girl Scouts the way girls who are from regular, heterosexual families are able to enjoy it.”

Although no biological boys attended the troop’s first meeting, Raboy told the AP she expects some to join soon.  Currently, the troop is open to any child in Kindergarten through 12th grade who “identifies” as a girl, regardless of biological sex.

The troop’s leaders say that if the group grows, they will split it up into age-based groups, but until then, camping trips could prove controversial, as teenage boys and very young girls are both eligible to join.  According to the Girl Scouts’ website, situations in which biologically male Girl Scouts have tried to participate in camping trips are “rare,” and as such, there is no set policy regarding the matter.  Rather, the organization recommends local councils “[make] similar accommodation that schools across the country follow in regard to changing, sleeping arrangements, and other travel-related activities.”

The Utah Pride Center troop is believed to be the first of its kind to focus especially on the sexual preferences of its members and their families; however, it is not the first troop to accept transgender members.  A troop in Colorado was at the center of a nationwide controversy in 2011 after an adult leader, unaware of the organization’s national policy welcoming any child who “identifies” as a girl, refused to allow a 7-year-old boy named Bobby Montoya to join. The state leadership quickly stepped in to overrule the individual’s decision, but the publicity surrounding the case sparked boycotts and mass resignations, as many Girl Scouts and their families around the country had previously been unaware of the transgender policy and strongly opposed it.

According to the Girl Scouts’ website, “Placement of transgender youth is handled on a case-by-case basis, with the welfare and best interests of the child and the members of the troop/group in question a top priority. That said, if the child is recognized by the family and school/community as a girl and lives culturally as a girl, then Girl Scouts is an organization that can serve her in a setting that is both emotionally and physically safe.”