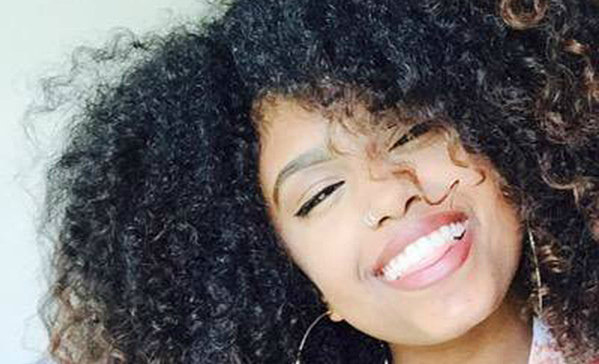 RENO, Nevada, January 7, 2015 (LifeSiteNews) – Twenty-year-old University of Nevada freshman Aden Hailu went to Saint Mary's Regional Medical Center in April for severe stomach pain. During exploratory surgery to find what was wrong, her healthy appendix was removed. While still in the operating room, Aden suffered a lack of oxygen to her brain and never woke up.

According to court documents, two later EEGs (electroencephalograms) showed that Aden's brain was functioning, but in late May doctors performed an “apnea test” and concluded Aden couldn't breathe on her own, so they declared her “brain-dead.”

Before next of kin is approached for donation of vital organs, the donor has to be legally brain-dead. Once the patient is declared brain-dead – even if her heart is beating on its own – live organs may be taken.

In July, a judge ruled that Aden's ventilator and IV could be disconnected. But in November, the Nevada Supreme Court overturned that decision in favor of Aden's father's request for a hearing on whether the American Association of Neurology's brain death guidelines conform with Nevada's Determination of Death Act, the legal determiner of death.

In other words, brain death was on trial in Nevada.

Aden's father, Fanuel Gebreyes, took issue with the hospital's declaration of death:  “Aden is alive, under both the AAN guidelines and Nevada state law,” he said.

Nevada law states (emphasis added), “For legal and medical purposes, a person is dead if the person has sustained an irreversible cessation of … all functions of the person's entire brain, including his or her brain stem.”

In the meantime, Washoe County Family Court Judge Frances Doherty ruled against Gebreyes, giving permission for the hospital to conduct another EEG without paternal or guardian consent. Gebreyes had resisted another EEG and instead insisted that Aden be given a tracheotomy for long-term ventilation and a feeding tube “to begin the healing process.”

University of Toledo College of Medicine Professor Dr. Paul Byrne summarized the situation in November (emphasis added): “The hospital has thus far refused to give Aden these necessary treatments that would facilitate ordinary care elsewhere, care which Aiden's father steadfastly is willing to provide. Instead of providing treatment and care to a young woman who suffered serious complications at their institution, they are using their administrative and financial resources to fight a legal battle.”

The judge set a date for January 22 to address the question of brain death and to hear arguments about whether additional scans or tests should be performed.

The case raised national controversy regarding the legal determination of death as “brain-dead” and how that is measured. Anesthesiologist Dr. Christine Zainer told LifeSiteNews that Aden's case opened issues “regarding the whole question of how 'brain death' determinations are done, and the laws defining death.”

The National Institutes of Health's National Center for Biotechnology Information published an article admitting, “Death itself has never been definable in objective terms. It has always been a subjective and value-based construct.”

Dr. Byrne criticizes the concept of brain death. “'Brain death' is a utilitarian construct adopted by the legal and medical communities to label a person with a severely injured brain as 'dead,' in order to legally facilitate organ procurement and/or for the hospital to then be the decision-maker on discontinuation of treatment.”

Two criteria are usually considered indicative of brain death: the patient is in a coma, and he does not exhibit brainstem reflexes, such as trying to breathe.

“Coma” comes from the Greek word for “deep sleep.” It is a state of unconsciousness lasting more than six hours in which a patient cannot be awakened, fails to respond to painful stimuli, light, or sound, and does not initiate voluntary actions indicative of brainstem function.

Crudely put, the apnea test is simply the removal of any breathing support, thereafter watching to see if the patient tries to breathe on his own.

It is important to note that a determination of brain death does not mean the patient's brain is literally dead, but that the area of the brain controlling involuntary respiration is currently no longer functioning optimally. In other words, “brain-dead” patients can be, in fact, alive.

Dr. Zainer told LifeSiteNews that Aden's case “should prompt informed consent discussions” for family and next of kin on the adequacy, reliability, and “risks associated with the apnea test.”

Experts have questioned the reliability of the apnea test because there are potential complications, including severe hypertension, pneumothorax, excessive hypercarbia, hypoxia, acidosis, and cardiac arrhythmia or asystole, which “may constrain the examiner to abort the test, thereby compromising brain dead diagnosis.”

“There are case reports of breathing at a higher … carbon dioxide threshold, and cases of recovery of breathing after brain death is diagnosed,” the critics' analysis, published in the Journal of Child Neurology, stated.

Dr. Byrne noted that a false positive for brain death could be the result of the brain not functioning optimally “even if the cells are not destroyed or dead.” In an article for Renew America (linked above), he wrote that the apnea test itself could cause damage to brain cells.

“By stopping the ventilator and not eliminating the acid waste product, carbon dioxide, the apnea test will do nothing of any benefit for the patients themselves,” Dr. Zainer explained. In fact, the apnea test may “cause more swelling and death of parts of the brain that perhaps are still recoverable.”

“Families are not aware that the test may also be repeated, exposing the patient to further injury,” Dr. Zainer added.

The Canadian doctors agree that there are dangers to the patient from the apnea test. “The test is dangerous for an injured brain[.] … It can convert viable penumbral brain tissue to irreversibly nonfunctioning tissue via a transient increase in intracranial pressure.”

Australian Intensive Care Physician and Resuscitation Officer Dr. James Tibballs agrees that the apnea test is potentially dangerous. “The test may be harmful if the brain stem is responsive, because hypercarbia may also cause intracranial hypertension, and contribute to brain damage[.] … It is often not … performed inadequately.”

“Essentially it can cause what it purports to test for – dead brain cells that will not function, and then allows the diagnosis of 'brain death,'” Dr. Byrne explained. “Once the patient is declared 'legally' 'dead,' the hospital and doctors can ask for/take organs and/or discontinue life support.”

“Once a test is done, that allows the hospital to make the legal determination of death using neurological criteria only – i.e., brain death (foregoing the cardio-respiratory criteria),” Dr. Zainer told LifeSiteNews. “The family essentially loses decision-making or options for treatment, unless they are willing to go to court.”

Dr. Tibballs says the test is not always reliable, nor is it always safe. “The sensitivity and specificity of the test are doubtful, because some patients have commenced spontaneous respiration at less than 60 mm Hg, and high levels of Paco2 may cause CO2 narcosis.”

Additionally, critics note that even the criteria of how much carbon dioxide in the blood constitutes brain death differ in the various clinical guidelines.

Dr. Tibballs concludes, “The apneic oxygenation test is unreliable in the diagnosis of brain death. It is scientifically flawed and (is believed) to cause brain death.”

Ethicist Dr. Paul Byrne concludes, “There are patients who are labeled 'as good as dead,' 'soon to be dead,' 'brain dead' … etc., when there is interest to convert such patients into organ donors.  None of these patients with heartbeat, respiration and/or circulation can rightly be called a cadaver or corpse[.] … Cutting out the beating heart from any person so described … is a violation of justice.”