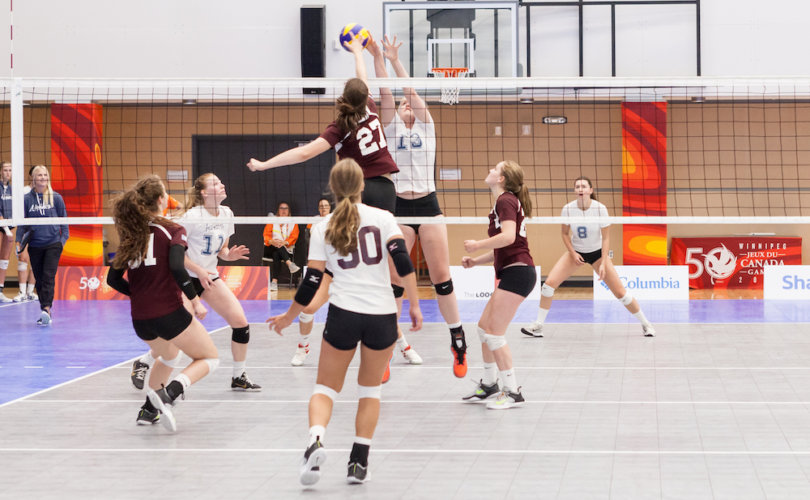 MAUI, Hawaii, August 21, 2019 (LifeSiteNews) – The trend of gender-confused males entering ladies’ athletics has spread to Hawaii, where one high school volleyball coach is speaking out on behalf of girls’ safety and the rights of their parents.

During last week’s girls volleyball opener in Pukalani, the Kamehameha Schools Maui team was joined by a new member, who suited up but didn’t play, Maui News reported: a former member of KSM boys junior varsity volleyball team who now “identifies” as female (whose identity is being kept anonymous).

The student’s inclusion follows the Hawaii High School Athletic Association’s (HHSAA’s) 2017 adoption of a policy declaring that students are “presumed eligible to participate in HHSAA activities in a manner consistent with their school registration records, even if that differs from the sex assigned at birth.”

Athletic officials declined to answer specific questions about this particular student. “I’m not going to say anything about our transgender athlete,” Kamehameha Maui athletic director Jon Viela said, and Maui Interscholastic League executive director Joe Balangitao stressed that “this is kind of something new, so everybody’s learning.”

“I don’t feel comfortable getting into specifics or a specific sport, but safety is always a concern and competitive advantage is also a concern,” said HHSAA executive director Chris Chun, who wrote the policy and stressed that it isn’t finalized. “So even though we have a policy, it’s kind of like a guideline. It’s still in its early, early transition stages.”

Not everyone involved is on board, however, including one girls volleyball coach speaking to Maui News on condition of anonymity.

“In my opinion, it’s very irresponsible for the league to place these young women, who are minors, in an elevated level of risk,” he said. “They all sign off on an assumption of risk form for an understandable amount of risk. Now, there’s an elevated level of risk their daughters are going through and being put through without any notification to the parents at all.”

“I have no problem with the kid being who (they) want to be, but now these girls are being put in an unsafe situation without giving the parents the opportunity to make an educated decision on whether they want their daughter in that position,” the coach added, saying that the Tuesday opening game was the first time his team and several others learned they might potentially be up against a biological male.

Tiare Sua, a male who “identifies” as female and works at the Maui AIDS Foundation, told the paper that it was “just biased” to suggest a male athlete would be stronger than a female, “because I feel that females are stronger than men think … I don’t like to degrade women as thinking that they are weaker than men.”

In June, the Journal of Medical Ethics published a paper finding that “healthy young men (do) not lose significant muscle mass (or power) when their circulating testosterone levels were reduced to (below International Olympic Committee guidelines) for 20 weeks,” and “indirect effects of testosterone” on factors such as bone structure, lung volume, and heart size “will not be altered by hormone therapy;” therefore “the advantage to transwomen (men) afforded by the ([International Olympic Committee) guidelines is an intolerable unfairness.”

In February, tennis pro Martina Navratilova called it “insane” and “cheating” that a “man can decide to be female, take hormones if required by whatever sporting organisation is concerned, win everything in sight and perhaps earn a small fortune, and then reverse his decision and go back to making babies if he so desires.” The next month, Olympic swimming medalist Sharron Davies warned that letting “trans men” into women’s categories “has the potential to ruin women’s sport.”