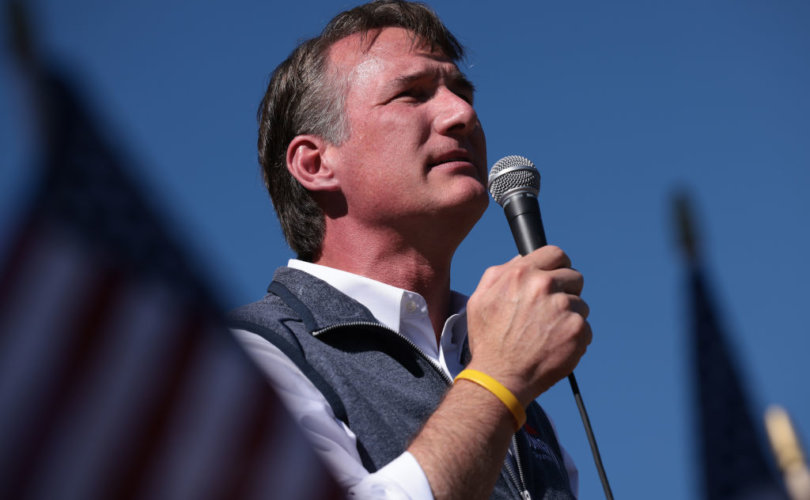 RICHMOND, Virginia (LifeSiteNews) – Glenn Youngkin, the Republican businessman who defeated Democrat Terry McAuliffe for the governorship of Virginia, disappointed conservative fans this weekend by announcing he will not try to stop localities from imposing COVID-19 vaccine or mask mandates on state residents.

“Localities are going to have to make decisions the way the law works and that is going to be up to individual decisions but, again, from the governor’s office, you won’t see mandates from me,” Youngkin, who opposes state- and federal-level vaccine mandates, told WRIC in an interview.

“My family has gotten” the COVID vaccine, he added. “I’ve gotten it. I think it’s the best way for people to protect themselves.”

Youngkin, the former CEO of the private equity firm Carlyle Group, defeated McAuliffe in early November, riding a wave of discontent with COVID restrictions and leftist radicalism in public education that also fueled a GOP takeover of the state House of Delegates. But while his election is expected to reduce COVID coercion coming from the state government, the governor-elect’s latest comments suggest he will be far less aggressive on the issue than Republicans in other states.

By contrast, Florida Gov. Ron DeSantis has been proactively fighting vaccine mandates and other COVID restrictions from every level of government, and on Wednesday offered a vigorous defense of overruling local encroachments on personal freedom:

Watch this. Believe me. pic.twitter.com/HZTE4DArnt

“​​It’s the United States of America, not the United school boards or county commissions of America,” DeSantis said. “So the states are the primary vehicles to protect people’s freedoms, their health, their safety, their welfare in our constitutional system…we had to stand out for people’s liberties, their livelihoods, their right to work, people’s right to own a business, and it was the right thing to do.”

A growing body of data indicates that the mass vaccination strategy for defeating COVID-19 has failed (studies suggest masks were ineffective at curbing the virus, as well). The federal government considers more than 195 million Americans (58% of the eligible) to be “fully vaccinated” (a moving target given the vaccines’ temporary nature), yet ABC News reported on October 6 that more Americans died of COVID-19 this year (353,000) than in all of 2020 (352,000), according to data from Johns Hopkins University.