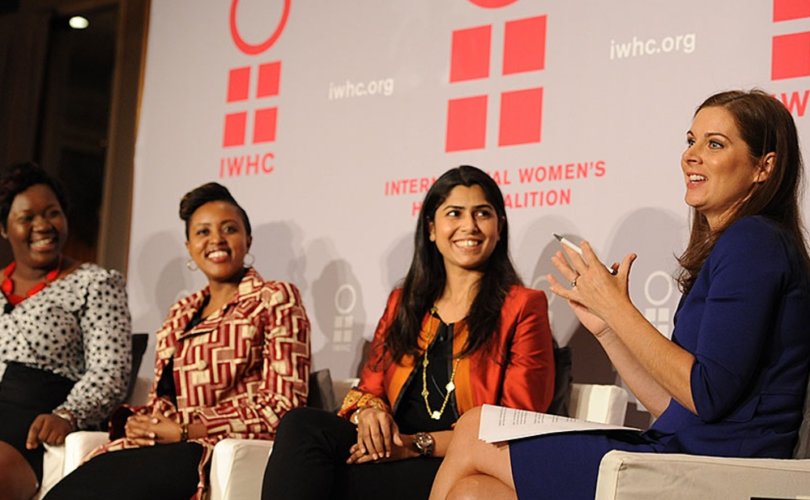 TORONTO, Ontario, July 26, 2018 (LifeSiteNews) – Abortion activists are insisting in a new report that governments throughout the world strip doctors, nurses, and midwives of their right to opt out of performing abortions for reasons of conscience.

In its June 19 report, Unconscionable/When Providers Deny Abortion Care, the pro-abortion International Women’s Health Coalition calls for the elimination of any right by any medical professional to refuse to participate in an abortion.

“Laws should not include ‘conscientious objection,’ and should not allow for exceptions for reproductive health specialists – such as obstetrician-gynecologists and midwives – to refuse to provide services on the basis of personal beliefs,” that report states. “The law should be clear that health care providers are required to uphold professional obligations in the context of unintended pregnancies.”

Governments who refuse to comply, the report suggests, should be dragged before the courts.

“[Abortion] advocates should hold governments accountable for ensuring that health care professionals refusing to provide care do not hinder access to abortion,” the report states. “In specific instances, litigation might be an effective tool. In others, the emphasis would be on advocacy around changing the law, strengthening regulations, and enforcing compliance.”

“It’s frightening that anyone is calling for this and it has to be strongly resisted by people of conscience and governments,” he told LifeSiteNews. “It’s pure fascism. It reveals that the abortion industry does not believe in the right to choose, taking away the right of physicians as to whether they will take part in something that they view as wrong.”

“This is yet another illegitimate attempt by the culture of death to impose its utilitarian philosophy on the health care profession,” said Boquet to LifeSiteNews. “Pro-abortionists cannot tolerate opposition and cannot allow anyone to even refuse to participate in their deadly activities.

“They demand willing participation,” he said. “They know that, even if a few health care professionals refuse to perform abortions, that others will be reminded of the stigma that has always and will always accompany the killing of preborn children.”

The president of the Virginia-based prolife organization notes the blatant hypocrisy of pro-abortionists who call for an end to conscientious objection to abortion.

“They complain bitterly that their own right of conscience is violated by President [Donald] Trump’s so-called ‘gag rule’ that does not allow tax-funded organizations to promote or perform abortions,” said Boquet. “But they seem curiously eager to violate the rights of conscience of pro-life health professionals.”

In its bid to force doctors and nurses into performing abortions, the Women’s Health Coalition goes so far as to suggest these healthcare professionals should be punished for refusing to kill unborn children.

“For those who continue to object, create obligations, for example, requiring them to justify their positions and to perform an alternative service,” the report states. “Similarly, they should assume responsibility for the burdens caused by their refusal to provide services for their patients, their peers, and the health care system by providing adequate and timely information and referrals to women, and by performing extra duties to relieve their non-objecting colleagues.”

Punishing dissidents and removing freedoms is exactly the same approach taken by the Nazis, said Fonseca.

“The Nazis took away conscience rights. It was punishable by imprisonment, professional disciplinary actions, and being killed,” he said.

The pro-abortion report repeats often-touted claims that denying abortion to women causes them physical and psychological harm and makes them more likely to be poor.

“Those are bald-faced lies,” he said. “We know from legitimate social studies and scientific research that a majority of women feel pressured and coerced into abortion by a boyfriend or husband … At the old Morgentaler Clinic in Alberta, our president Jim Hughes saw a boyfriend drag a woman by her elbow into the clinic. She didn’t want to go.”

According to studies, 64 per cent of women who go to an abortion mill did so because of external pressures.

“The abortion industry has no interest in protecting women,” said Fonseca. “It’s about profit. Every abortion represents a paycheck.”

Fonseca emphasized that there is “no such thing as a ‘right to abortion’ just as there’s no legitimate right to murder innocent people, no matter who may come along and claim that there is.”

“What these abortion extremists are trying to do is supplant a genuine human right (conscience) with a counterfeit right (to kill children via abortion).  The supplanting of real human rights with fake ones that they’re trying to achieve is downright evil,” he said.