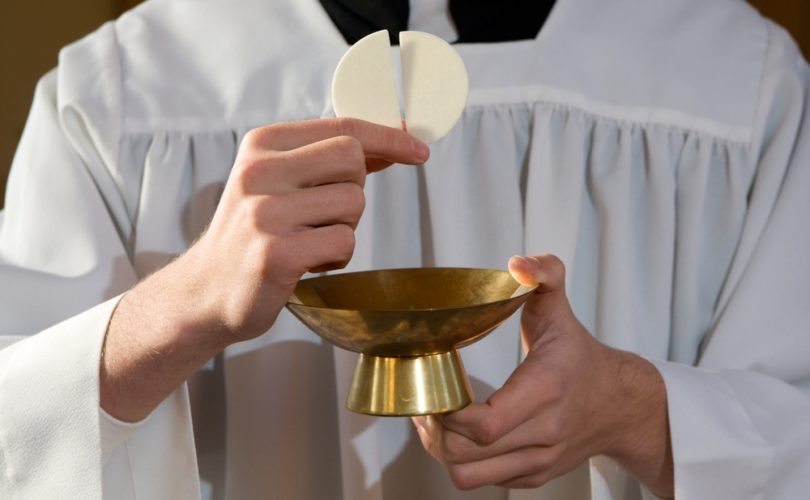 February 7, 2017 (LifeSiteNews) – A movement of global priests urging Pope Francis to provide moral clarity on Amoris Laetitia by answering the dubia is doing so because they are “faithful sons asking for his paternal guidance.”

Father John Trigilio Jr., PhD, ThD, the president of the American Confraternity of Catholic Clergy, told LifeSiteNews that the association's members have been “approached by our parishioners almost every day” with questions about the exhortation's implementation. They want Pope Francis to “give us guidance and give us direction so that we can properly interpret and apply this,” he said.

Amoris Laetitia, which Catholics had hoped would settle once and for all the debate over whether active adulterers may defy Church teaching and receive Communion in a state of mortal sin, has been interpreted differently across the world. Some prelates and priests, like the German bishops and papal “mouthpiece” Jesuit Father Anthony Spadaro, say it does indeed open the door for the sacraments for those living unrepentently in objectively sinful relationships. They maintain that this is a good thing.

Others worry that Amoris Laetitia undermines Catholic moral teaching on reception of the sacraments.

Some prelates, like Portland Archbishop Alexander Sample, say Amoris Laetitia must be read through the lens of all Church teaching on marriage, the sacraments, and sexual morality, thus making it impossible for it to allow such a radical change.

The varying interpretations of the controversial exhortation prompted four cardinals to submit a dubia, or formal request for clarity, to Pope Francis. They made it public after the pope didn't respond. He still has yet to respond.

“A lot of our people are concerned on the implications of the application of the document particularly as they’re hearing it through the secular media,” said Trigilio. “They hear about the Malta bishops, they heard about the German bishops, and they’re wondering … 'how’s that going to be applied here in the United States?'”

The Confraternities in the United States, Australia, Britain, and Ireland released a joint statement last week asserting that “a clarification is clearly needed” because of the varying and sometimes heterodox interpretations of Amoris Laetitia.

The Confraternities are “separately governed,” Trigilio explained, but meet every five years as an international body.

“Our hallmark is fidelity to the magisterium and to the Holy See,” he said.

“The infamous ‘Spirit of Vatican II’ was used to rationalize so many things, but when you look at the actual document, just like when you look at Amoris Laetitia, there [is] a lot that’s not in there that people are purporting to be in there,” he said. “We’ve had the beauty of the gift of the Catechism thanks to Pope St. John Paul the Great and now … the way the secular media is portraying it, it’s making it look as if everything’s up for grabs again, like people thought when the … Second Vatican Council came about … I can see where this could potentially have the same aftereffect.”

And “once a few people misinterpret it, it spreads like wildfire,” he warned.

At risk are the “sanctity of marriage and the integrity of Holy Communion,” said Trigilio.

He said the priests of the Confraternity have been approached by parishioners who “went through the pains of not being able to go to Communion because they were in an invalid marriage and they had to wait for, say, an annulment to come through, or, if that wasn’t possible, then they had to live a celibate, abstinent life as what they call ‘brother and sister.’”

Now, “all of a sudden it seems like the floodgates are opening and we’re being told that as long as a person has a clear conscience, they can be invalidly married” and go to Communion, he said. “We’re afraid that people are gonna be so confused, they’re … gonna no longer ask us for guidance, they’re going to just indiscriminately go to Communion.”

Another threat that “misinterpretations” of Amoris Laetitia pose is “you’ve got a lot of the faithful who are genuinely perplexed and confused,” said Trigilio. They're “discouraged that there’s not as clear [and] concise guidance as they are looking for … they want and need and deserve precise guidance in these matters whether it’s morality or doctrine.”

Trigilio said the Confraternity of Catholic Clergy hasn't received any “derogatory or punitive” pushback from releasing this statement because “it’s not telling the Holy Father what to do, it’s not criticizing the Holy Father, it’s [asking] respectful questions.”