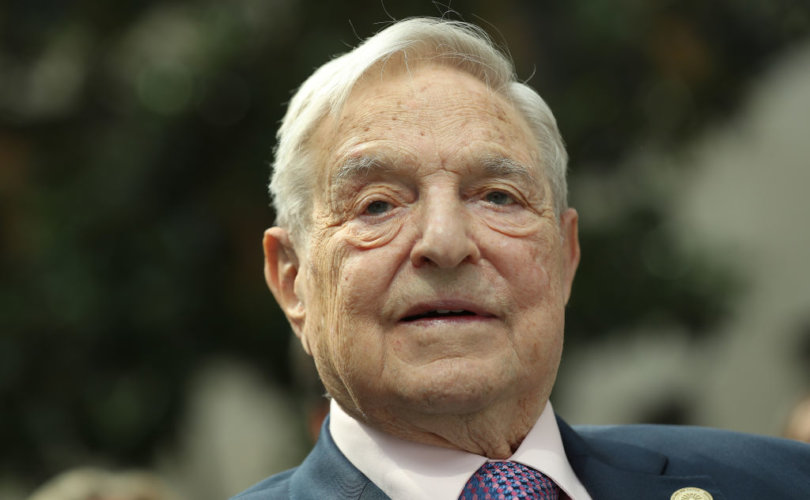 (LifeSiteNews) — Pro-abortion globalist billionaire George Soros has announced his support for the Ukrainian government and his repudiation of Russian President Vladimir Putin in a short statement on his personal website Saturday.

The leftist mega-donor, whose financial largess supporting Black Lives Matter “domestic terrorists” and efforts to defund the police have served to destabilize the United States, responded to the recent Russian invasion of Ukraine the following way:

I have witnessed Ukraine transform from a collapsing part of the Soviet Union to a liberal democracy and an open society. It has faced countless acts of Russian aggression, but has persisted. Brave Ukrainians are now on the frontline and risking their lives. The horrible images coming out of Ukraine remind me of war torn Budapest in 1944 and the siege of Sarajevo in 1993. It is important that both the transatlantic alliance (the United States, Canada, the European Union, and the United Kingdom) but also other nations do whatever is in their power to support Ukraine in its time of existential threat. Putin’s actions are a direct attack on the sovereignty of all States that were once in the Soviet Union, and beyond. Russia is in clear violation of the United Nations charter and should be held accountable. Allowing Putin to succeed on his quest will send a message across the world that nations can simply be created or dissolved by brute force. We must stand with Ukraine, as they stand for us.

Though Jewish himself, Soros is reported to have accompanied his “godfather” as a teenager in confiscating property from Jews in Nazi-occupied Hungary. In a 1998 60 Minutes interview with Steve Kroft, Soros said he has “no sense of guilt” since he “was only a spectator” as this happened.

“That sounds like an experience that would send lots of people to the psychiatric couch for many, many years. Was it difficult?” Kroft asked.