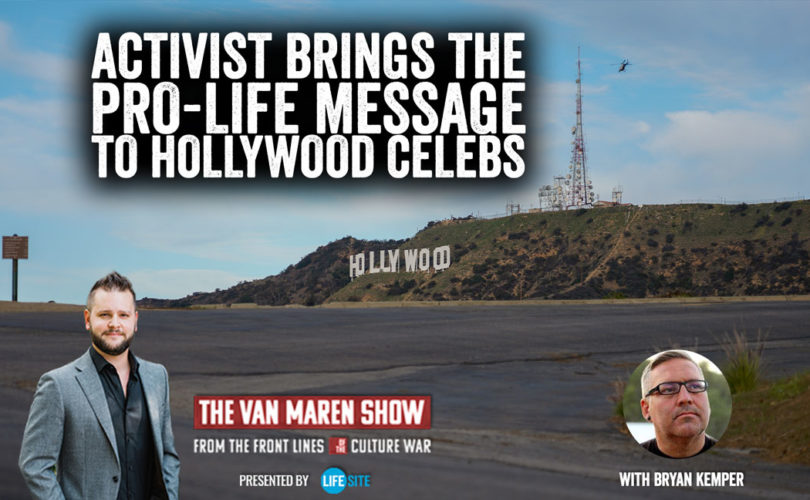 July 21, 2021 (LifeSiteNews) — In the latest episode of The Van Maren Show, Jonathon speaks with pro-life activist Bryan Kemper, founder of Rock for Life and Stand True Ministries, who is also the Director of Youth Outreach for Priests for Life. Ever since the early 90s, he has been working inside the pro-life movement changing hearts and minds in the most unlikely of places.

In this podcast, Kemper discusses his conversations with pro-abortion celebrities and what led him to combine his pro-life work with his passion for rock music, previewing his upcoming book memoir.

The pro-lifer points out to Jonathon that his musical taste and physical appearance make him look like anything but the typical supporter and defender of the unborn. He states how even though his early life was filled with physical and mental abuse and drugs, he discovered Christ when talking with a doctor after he overdosed at a Bob Dylan concert. He says that the hospital medic “talked to me about how much value I had, and no one in my life had ever told me I had value.”

Kemper mentions that from this moment on “God just put a passion in my heart to start working in the pro-life movement from there.” He worked with Operation Rescue in sidewalk counseling and personal activism, and was arrested multiple times, including the very first time he attended a rescue event.

But what makes Kemper’s story unique is that he has been able to have personal conversations about abortion and share the value of life with some of Hollywood and the music industry’s top celebrities. These include Bill Maher, who had the pro-lifer on his show five times, Jon Stewart, John Lydon of The Sex Pistols, and many more. He also collaborated in pro-life work with Gary Cherone, the third lead singer with Van Halen, who was eventually kicked out of the group.

Kemper says he has noticed how there are so “many celebrities that are pro-life that I can’t mention,” and are worried to speak openly because of cancel culture, and the threat of losing their career. He believes that the abortion issue is the “cornerstone” of our entire culture, and that he is unafraid to “offend someone by saying that abortion is the killing of an innocent human being, because I know if I say anything less, I’m offending God.”

Bryan Kemper is set to release his memoir book next January around the 2022 March for Life. To learn more about him and his Stand True Ministries, click this link.