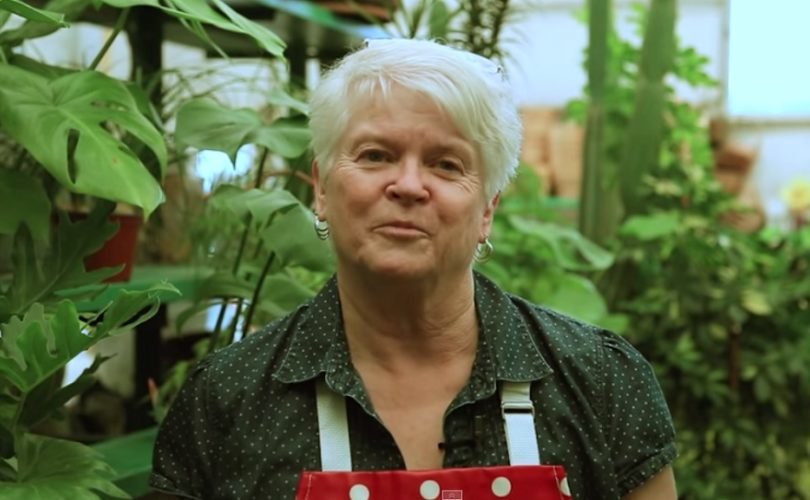 RICHLAND, WA, May 7, 2015, (LifeSiteNews.com) — GoFundMe has again shut down the support page of a beseiged business whose owner believes in Christian morality.

A campaign to help Barronelle Stutzman, a Christian florist being sued because she declined to take part in a homosexual “marriage” ceremony, has been canceled by the fund raising website.

Stutzman, who owns Arlene’s Flowers, referred a longstanding homosexual customer to nearby florists, because she could not in good conscience create custom arrangements in support of his same-sex “wedding.” The homosexuals sued her, and to help pay mounting costs, Stutzman set up a GoFundMe page.

Now GoFundMe has shut down the page and banned her pro-marriage cause, just as it did Melissa and Aaron Klein, Christian bakers being fined for refusing to participate in a separate same-sex “marriage” ceremony.

GoFundMe announced the ban in a blog post titled, “Protecting Our Community.”

Not only did Stutzman employ homosexuals at Arlene’s Flowers, but for nine years she served the very couple now suing her.

In order to justify its banning Stutzman, GoFundMe changed its public policies to include banning GoFundMe from funding anyone guilty of “discriminatory acts.”

To make matters worse, the Washington state Attorney General's office interpreted a state statute to single out and punish a private citizen. Not only did they sue her business, but they sued Stutzman personally. This ruling prevents her case from going to trial and makes her personally responsible for paying damages and attorney's fees incurred by either the homosexuals suing her or the State of Washington, or both. This means Stutzman's home, her family business, and her life savings are at risk.

Before Stutzman, GoFundMe shut down the fundraising campaign of Sweet Cakes By Melissa, after the Kleins were fined $135,000 for refusing to cater a homosexual “wedding.”

GoFundMe defended that ban by saying, “The subjects of the 'Support Sweet Cakes By Melissa' campaign have been formally charged by local authorities and found to be in violation of Oregon state law concerning discriminatory acts. Accordingly, the campaign has been disabled.”

Greg Scott of Alliance Defending Freedom commented, “GoFundMe has facilitated fundraising for inane things like sending a man to a stranger’s bachelor party, but have now cut off families who face financial ruin and who’ve had their fundamental freedoms obliterated by unjust government action. If there is a better example of a company and culture with its priorities and loyalties completely upside down, I can’t think of it.”

Franklin Graham's Samaritan's Purse picked up Sweet Cakes By Melissa's cause, and created a campaign to help persecuted Christians who face financial distress and are punished for living their faith.

“They have taken a stand for the Word of God, and they should not have to stand alone,” Samaritan’s Purse President Franklin Graham said. “Please pray for our nation. When our judges are punishing Christians for practicing what they believe, that's persecution, plain and simple.”

“We’ve already seen many laws that have been passed that restrict our freedom as Christians. I believe it’s going to get worse,” Franklin Graham said. “We are losing our religious freedom in this country, and we’re losing it a little bit day by day.”

Readers may support Christians who are facing persecution for standing up for their beliefs by donating to Samaritan's Purse here.