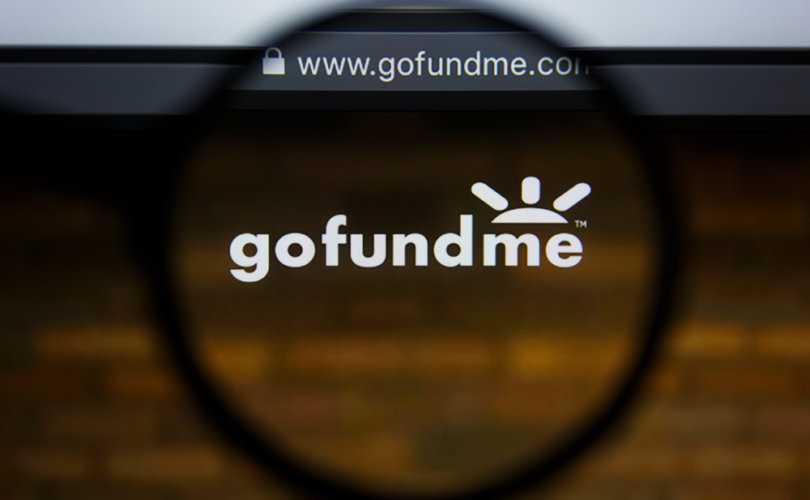 (LifeSiteNews) — Fundraising website GoFundMe has frozen access to over $4 million raised for the trucker convoy headed to Ottawa in protest of Canada’s vaccine mandates. The fundraising platform is still accepting donations to the campaign, but it is unclear at this stage when the group will have access to the money.

“We require that fundraisers be transparent about the flow of funds and have a clear plan for how those funds will be spent. In this case, we are in touch with the organizer to verify that information,” Rachel Hollis, a spokeswoman for the crowdfunding platform, said in an email. “Funds will be safely held until the organizer is able to provide the documentation to our team about how funds will be properly distributed.”

The “Freedom Convoy 2022” GoFundMe page stated clearly that the money will go toward the cost of “fuel, food and lodgings to help ease the pressures of this arduous task.”

According to Canadian media, as of Tuesday morning over 55,000 people had donated over 4.2 million dollars to the campaign which seeks to put an end to the dictatorial COVID-19 mandates that have been imposed on Canadians nationwide. Of particular concern was the implementation of Justin Trudeau’s federal vaccine mandate for truckers that barred “unvaccinated” truckers from making cross border deliveries.

As reported by LifeSiteNews, “Freedom Convoy 2022” has garnered massive support in the last 10 days, with more than 50,000 trucks currently driving from Western Canada to the nation’s capital of Ottawa in protest over COVID-19 measures, including vaccine mandates, vaccine passports, and lockdowns.

Tamara Lich, the creator of the GoFundMe campaign, stated that she and the other organizers have the situation with GoFundMe “covered,” while also alluding to the fact that she is not surprised GoFundMe took this action.

This is not the first time GoFundMe has suppressed a campaign that had a political bent contrary to the mainstream narrative.

Last September, a Texas father named Ernest Ramirez launched a campaign to raise funds after his teenage son died suddenly after receiving Pfizer’s COVID-19 vaccine. His campaign was deleted by GoFundMe under the guise of “prohibited conduct.”

Back in 2018, GoFundMe canceled the campaign of a persecuted priest who had come under fire for standing up to the “LGBTQ” agenda in defense of authentic Catholic teaching, claiming that the campaign was “homophobic.”

As a result of consistent deplatforming done by fundraising websites like GoFundMe, LifeSiteNews has created LifeFunder for the purpose of reliably raising money for causes not approved by other platforms.