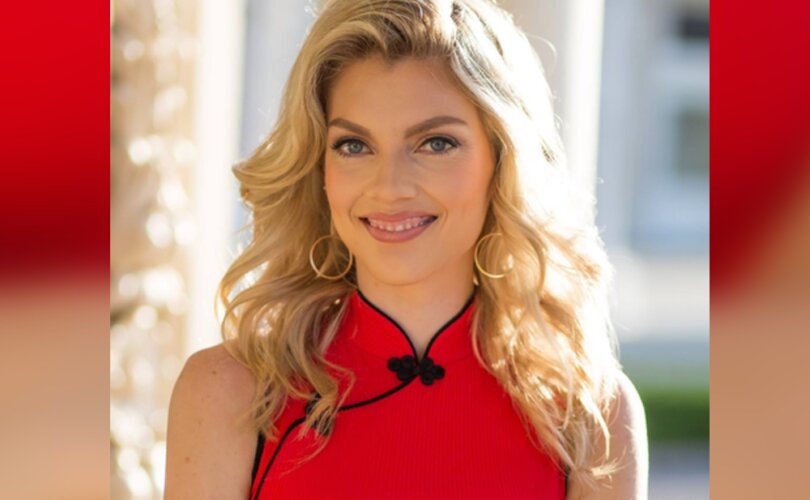 SPOKANE, Washington (LifeSiteNews) — The Director of Campus Ministry at Gonzaga University in Spokane, Washington is refusing to clarify why he barred a pro-life Catholic activist from speaking to a student organization called Zags for Life.

LifeSiteNews – as well as other media outlets – have attempted to contact Luke Lavin, who works in Gonzaga’s Office of Mission and Ministry, regarding his decision to not allow Liz Wheeler on campus. As of this story’s publication, no response has been given. Wheeler is an outspoken conservative who works with the group Young America’s Foundation (YAF).

In emails provided to LifeSite by Grant Habersetzer, a student at Gonzaga who serves on the board of Zags for Life, Lavin simply explained that he was “not comfortable approving this request,” despite the Center for Student Involvement having already given it the green light. Habersetzer informed LifeSite via telephone that Lavin’s email came several weeks after repeated attempts to contact him.

“In my view, the Office of Mission and Ministry is simply no longer concerned with the salvation of souls, and this University has lost the understanding of what it means to be Catholic,” Habersetzer said. “The university and by extension the Office of Mission and Ministry is more concerned with pushing leftist ideology that they are with spreading the truth of the Gospel, or even Catholic social teaching.”

Habersetzer explained that the Office of Mission and Ministry has stood in the way of Zags for Life’s efforts to evangelize the college with pro-life, authentically Catholic teaching. Previously, the Office shut down “tabling” events that were pre-approved by the Center for Student Involvement. The group was also scheduled to attend the San Francisco March for Life this year but was stymied by current adviser Father Dan Mai, S.J., who was requisitioned to oversee the group by the Office. Mai had canceled a tabling event on the topic “what is a person?” earlier in the year out of fear it would “rattle students… given the nature of the topic,” emails reviewed by LifeSite confirmed. Previously, law professor Donald Hackney was working with Zags for Life per the club’s request.

YAF spokesman Nick Baker told The College Fix website that he is not shocked by Lavin’s decision. “Young America’s Foundation is disappointed but not surprised that Gonzaga University administrators are doing everything they can to prevent a pro-life campus lecture from happening,” he said.

Habersetzer provided LifeSite with a flyer confirming that the Office of Mission and Ministry co-sponsored a “Lavender Mass” in support of “LGBTQ+ identities.” Habersetzer said the Mass has taken place for at least the last three years. Father Pat Conroy S.J., who works in the Office and was the former Chaplain to the U.S. House of Representatives, celebrated the Mass this year, Habersetzer stated. Father Mai attended but did not concelebrate the liturgy. Almost the entire staff of the Office, including Lavins, was present as well, he added.

A cursory glance at the Office of Mission and Ministry’s website indicates it is run by a mix of progressive theologians and non-Catholics. The Office currently employs a female Jewish Rabbi, a female Presbyterian minister, and pro-LGBT activist Daniel Dangca, who serves as the school’s “Senior Coordinator of Liturgical Life.”

Habersetzer informed LifeSite that Zags for Life is considering re-forming itself as a wholly secular entity outside the purview of the Office of Mission and Ministry. He said that doing so would allow them to have access to thousands of fundraising dollars that the Office is blocking from them. LifeSite sent Lavin as well as Daniel Dangca, the school’s liturgical life coordinator pictured above, an email asking how LGBT Masses and banning Ms. Wheeler is inclusive for Gonzaga students who wish to defend the Catholic Church’s teachings on abortion and transgenderism.

LifeSite has not yet received a response.