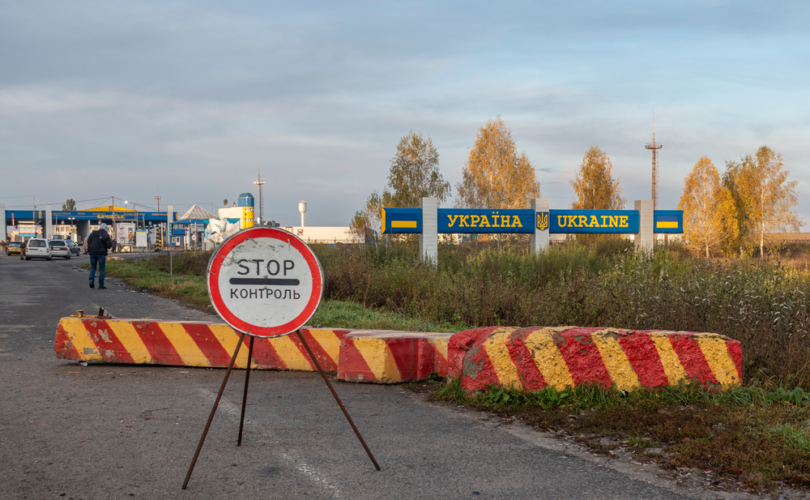 (LifeSiteNews) – During the second round of talks between Russian and Ukrainian officials in Belarus, an agreement was reached to develop safe corridors for Ukrainian civilians to evacuate and for aid to enter for those staying in Ukraine.

In what is being referred to as a “tentative agreement,” both top Ukrainian and Russian officials confirmed  Thursday that “safe corridors” will be established and respected to allow innocent civilians to escape besieged cities and for necessary aid and supplies to reach those staying in the conflict zones.

According to Mykhailo Podolyak, an adviser to Ukrainian President Volodymyr Zelenskyy, the Russians agreed to uphold and respect a “cease-fire” agreement in the areas designated as “safe corridors,” with Vladimir Medinsky, Russian President Vladimir Putin’s adviser who led the Russian delegation in the talks Thursday in Belarus, confirming that a “mutual understanding was found on part of them.”

Many Ukrainians fleeing the conflict have been seeking refuge in neighboring Poland, which much like Ukraine has a large Catholic population and has also previously been controlled by the former USSR.

LifeSiteNews’ Tim Jackson and Michael Hogan are now on the ground at the Polish-Ukrainian border to give up-to-date and accurate reports on what is happening in the region.

“There’s been a huge effort on the part of [the] Polish people,” LifeSite’s Tim Jackson said in a March 2 video, reporting from a train station in the Polish town of Chelm, which borders Ukraine to the west.

“Some 500,000 refugees have now crossed to Poland from the Ukraine, and thousands more into Slovakia and Hungary,” Jackson said.

Due to the state of martial law declared by the Ukrainian government in response to the Russian invasion, most Ukrainian men are under order to stay in Ukraine and join the fight, meaning most of those seeking refuge are women and children.

“Poland has really responded to this need,” he said, pointing out boxes of food, medical supplies, diapers, and other essential supplies awaiting Ukrainian asylum seekers. “Please God, these people might find some peace and solace here, whilst this terrible war hopefully comes to an end soon.”

Responding to the influx of Ukrainian refugees, Archbishop Stanislaw Gądecki of Poznań in Poland urged his countrymen to open their homes to those fleeing the war.

“[F]or centuries, Poland has been a refuge for those who, respecting Polish culture and law, fled from persecution and hatred,” the prelate added.

While an agreement to respect ceasefires in certain jurisdictions to allow for evacuations, the bulk of the conflict is still ongoing. As a result, a third round of talks is expected to take place between Ukrainian and Russian officials, with hopes that a political solution rather than continued military action can be achieved.