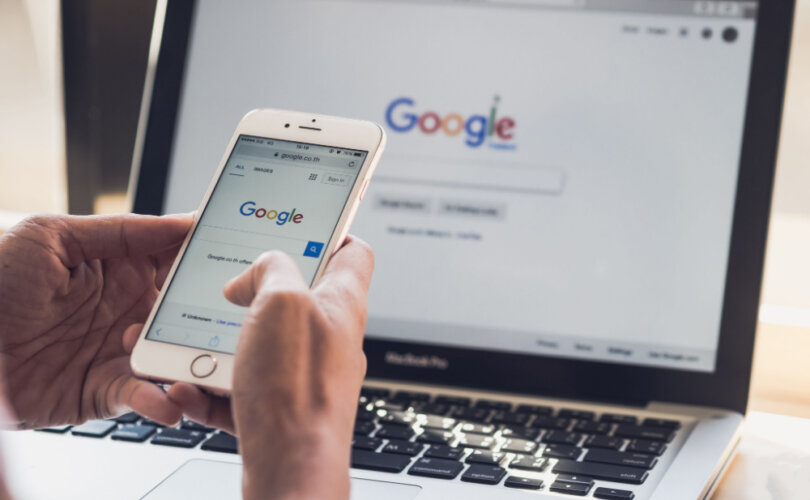 (LifeSiteNews) — Google appears to be attempting to deter searches on “election fraud” by using auto-fill suggestions unrelated to elections.

Upon typing “election fr” or “election “fra” into Google’s search engine, instead of auto-suggesting phrases that begin with “election,” as would be typical, Google primarily suggests variations of “ejection fraction.”

Ordinarily, during a Google search, suggestions are automatically listed to complete the already-typed letters with words, phrases or sentences understood to be commonly searched spin-offs of what has already been typed.

Google’s above-noted auto-completions “ejection fraction” would theoretically ordinarily be because searches on “election fraud” are so rare as to be virtually nonexistent.

This seems not to be the case, since many Americans have recently openly shared their belief that fraud affected some of the results of this month’s midterm elections, such as in the case of Arizona’s gubernatorial race.

Indeed, a Rasmussen Reports poll conducted during and after the 2022 U.S. midterm elections found that 57 percent of the U.S. “likely voters” surveyed said they think it is likely that cheating affected election outcomes, including 30 percent who believe that it is “very likely.”

An alternative explanation is that Google is manually attempting to suppress searches on “election fraud.” This appears to be corroborated by the auto completion of other search engines when typing in the first letters of “election fraud.”

This is not the first time evidence of Google’s biased interest in election outcomes has emerged. Democratic Party voter Robert Epstein recently shared in an interview that empirical research shows Google affected the outcome of the 2016 and 2020 elections in favor of Democrats. Epstein also said he believes the tech giant “has its digital thumb on the scale” of the current midterms.

In 2016, his team recorded 13,000 searches on Google, Bing and Yahoo, and found that Google – and not the others – was generating results in Hillary Clinton’s favor through its search algorithm. He estimated the impact was from 2.6 million to as many 10.4 million votes shifted to the Democratic candidate without anyone knowing.

In July 2019, for example, a senior software engineer at Google admitted the company is not politically neutral and that it manipulates search algorithms “to do what we want them to do.”