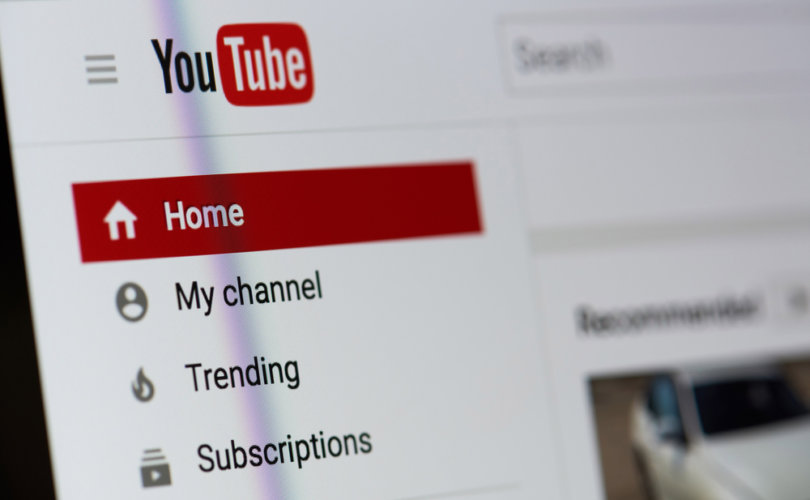 August 28, 2017 (LifeSiteNews) – Google is beginning its “biggest crackdown” yet on “extremist” YouTube videos, which will include disabling advertising and adding warnings on them and making them harder to find.

Bloomberg News obtained copies of Google-owned YouTube's new guidelines. “Hate speech” is banned. “Potentially controversial or offensive” videos that aren't removed will still have some of their features disabled, according to Bloomberg.

The videos that will be censored or flagged will be ones containing “inflammatory religious or supremacist content.”

About a week before this announcement, YouTube demonetized more than 900 videos from evangelist Michael Brown. Brown's videos cover a range of Christian topics. One features an interview with a former KKK member who's now a pastor in an African-American church.

In May 2017, YouTube removed a video released by the Center for Medical Progress (CMP) taken undercover at an abortion conference. It subsequently removed a copy of the video LifeSiteNews saved and posted, saying it contained “inappropriate content.”

In June 2017, it banned a video posted by LifeSiteNews that showed a small girl watching a nearly nude man dance at a “gay pride” festival. The reason YouTube gave for banning the video that showed the LGBT movement in a negative light was that it “sexualizes minors.”

Recently, pro-life and other socially conservative groups have expressed concern at being labeled “haters” equivalent to racists and neo-Nazis.

Other large tech companies are also cracking down on conservative accounts.