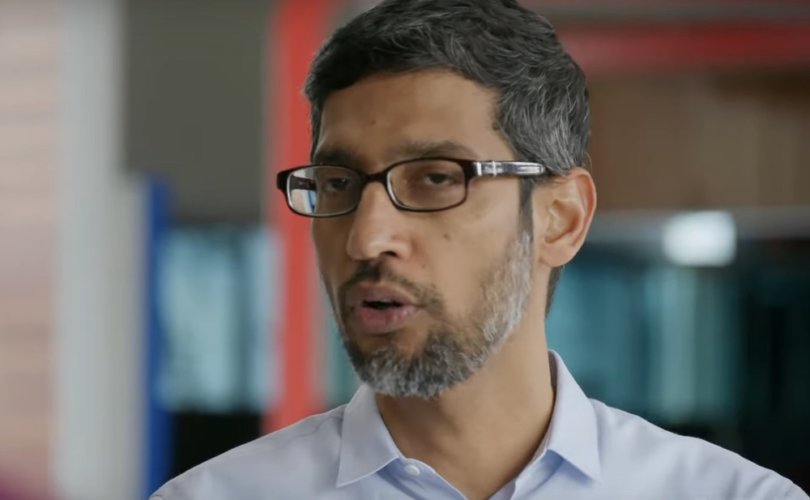 Pichai made the comments in an interview with Axios, filmed before YouTube demonetized conservative pundit Steven Crowder but released afterward. That incident set off a firestorm of controversy, with Crowder and his defenders accusing the company of deploying post-hoc rationalizations to punish content from voices it and its allies politically oppose.

“In general, look, I mean all of us, you know, none of us want harmful content on our platforms,” Pichai said. “I think last quarter alone we removed 9 million videos from the platform. More recently, we have introduced, you know just like today we do this in search. We, you know, we rank content based on quality.

“And so we are bringing that same notion and approach to YouTube, so that we can rank higher quality stuff better and really prevent borderline content,” he continued. “Content which doesn’t exactly violate policies which need to be removed, but which can still cause harm.”

Calling it a hard problem on both technological and societal levels, Pichai added that “we need better frameworks around what is hate speech, what’s not, and how do we as a company make those decisions at scale, and get it right without making mistakes.”

Axios chief technology correspondent Ina Fried followed up by complaining, “I feel like every other week, we’re talking about something really bad, whether it was, you know, with the Notre Dame fires and 9/11 footage showing up,” and asked Pichai to grade YouTube’s current handling of the issue.

“Look, we aren’t quite where we want to be,” the Google chief responded. “But I, I think it’s a genuinely hard problem of how do you, YouTube has the scale of the entire Internet. And I think we’re making a lot of progress, but the thing we are trying to do is to bring more authoritative sources and fact checks on videos, which may be controversial.”

Pichai’s comments appear to have been teasing last week’s announcement that YouTube would be removing “thousands” of “extreme” videos pushing “hate,” as well as a crackdown on “borderline” content. Crowder said the “extreme” videos deleted included “at least a few hundred [of] ours.” Also caught in the dragnet have been history videos on the Nazis and even videos by the left-wing Southern Poverty Law Center purporting to expose hate rather than promote it.

A recent Northwestern University study found that the Google Search engine tilts its news results heavily in favor of left-wing sources. In April, documents revealed that Google manually manipulates search results and even maintains a blacklist of certain conservative sites.