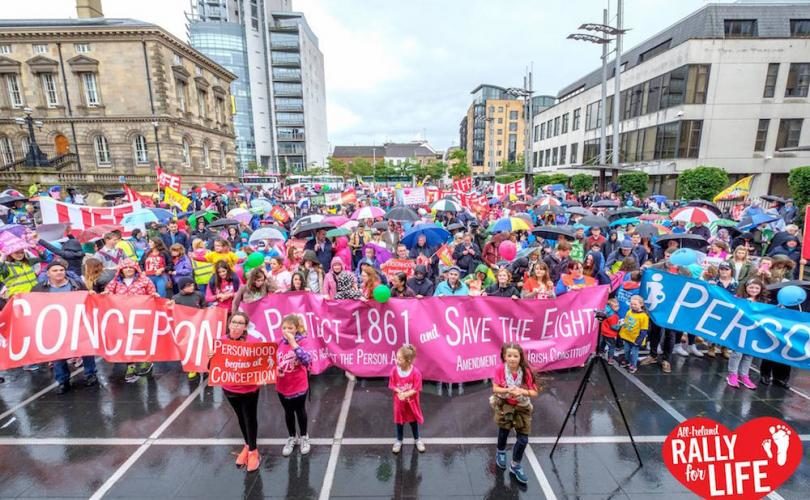 IRELAND, May 11, 2018 (LifeSiteNews) – Internet search giant Google has banned all local and foreign advertisements about Ireland’s upcoming vote on whether to legalize abortion, in a move pro-lifers charge is clearly intended to benefit the pro-abortion side.

“Following our update around election integrity efforts globally, we have decided to pause all ads related to the Irish referendum on the eighth amendment,” a Google spokesperson told the UK Independent Wednesday. The prohibition will last from now through May 25, and also applies to the Google-owned YouTube, the world’s top video platform. The company says it will not prevent referendum-related content from appearing in search results.

On May 25, Ireland will vote on whether or not to repeal the 8th Amendment of its Constitution, which guarantees preborn children the right to life. Repeal would clear a path for legislation legalizing abortion in the first trimester, subject to a 72-hour waiting period. Later-term abortions would ostensibly be limited to risks to a mother’s life or health, or fatal fetal abnormalities, but pro-lifers warn that those exceptions are a pretense for much larger loopholes.

Google’s move follows an announcement on Tuesday that Facebook “will no longer be accepting ads related to the forthcoming referendum if they are from advertisers based outside of Ireland.” The social media giant also framed the move as an effort to “help protect the integrity of elections and referendums from undue influence.” Facebook clarified that it still allows ads from groups within Ireland, including those that employ foreign service providers.

Last month, Facebook announced that it would be using the 8th Amendment referendum as a testing ground for new tools to screen out fake accounts and foreign interference, as well as show users data on the spending and groups behind ads. The spectre of supposed “meddling” by entities of one country in another’s election has been a major topic among tech companies, and has been blamed for everything from Donald Trump’s election in the United States to the United Kingdom’s vote to leave the European Union.

Save the 8th Communications Director John McGurk, who supported Facebook’s move but opposes Google’s, notes that only 0.2% of the ads from either side originate overseas, raising questions as to whether foreign election interference is remotely significant enough to merit such a blanket crackdown.

Revealingly, pro-abortion repeal supporters such as Together for Yes campaign co-director Ailbhe Smyth hail the move for allegedly creating a “level playing field between all sides.” They claim it will ensure the winner will be decided on the “strength of their argument and power of personal testimony, not by the depth of their pockets.”

“This is not about which side of the referendum you’re on, Yes or No,” Green Party leader Eamon Ryan, who also wants the amendment repealed, agreed. “It is about protecting the integrity of our referendum and political system.”

But pro-lifers believe “election integrity” is a pretext to give pro-abortion forces an unfair advantage. The Irish Catholic reports that the Pro Life Campaign, Save the 8th, and the Iona Institute have issued a joint statement accusing Google of an “attempt to rig the referendum.”

“It is very clear that the Government, much of the establishment media, and corporate Ireland have determined that anything that needs to be done to secure a ‘Yes’ vote must be done,” the statement from the three leading organizations to protect the amendment reads. “In this case, it means preventing campaigns that have done nothing  illegal from campaigning in a perfectly legal manner.”

The Irish Times reports that there aren’t any official figures on how much both sides have spent, but pro-repeal forces have a number of other messaging advantages, including much of the Irish media and the voices of dozens of Irish celebrities.

Further, Radiance Foundation co-founder Ryan Bomberger notes that conservatives have historically relied on the internet platforms now being denied them to counter the left’s dominance of almost all mainstream media. “Prolifers depend on social media tools to communicate, but it’s become a separate and unequal situation,” Bomberger said. “The Deities of Disinformation will not allow it.”