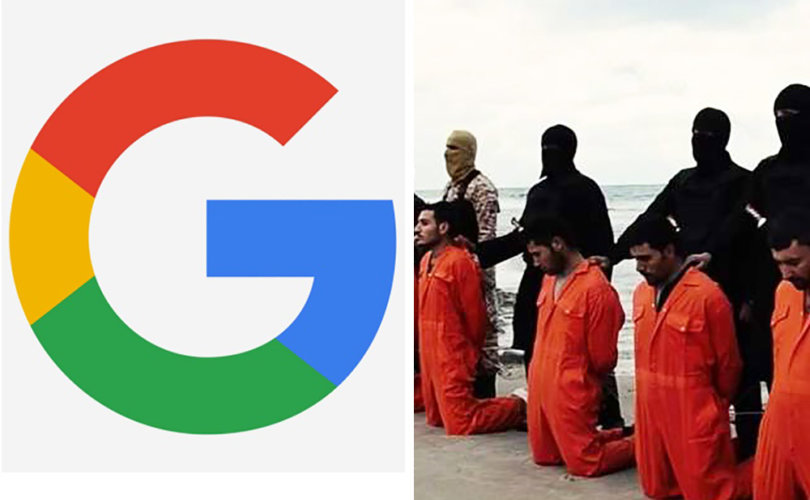 JAKARTA, Indonesia, December 13, 2018 (LifeSiteNews) – The Google Play Store has approved an app with a purpose that contrasts sharply with the company’s stated values of tolerance and diversity: reporting deviations from Islam to government officials in Jakarta, Indonesia.

Smart Pakem bills itself as “mak(ing) it easier to find information and manage religion, belief flow and community organizations in the jurisdiction of DKI Jakarta,” with its features, including a “list of laws and regulations that regulate the activities of the flow of beliefs in the community,” and the ability to “report on the activities of religious schools, beliefs and mass organizations by the community.”

The app was released by the Jakarta Prosecutors Office (Kejati) and also includes a directory of fatwas that have been issued by the Indonesian Ulema Council, the Jakarta Post reported. “If there are reports from the public, we can immediately act on them,” an intelligence matters assistant told the paper.

The app has sparked controversy in Jakarta, the capital city of the country with the world’s largest Muslim population, and is provoking shock and outrage in the West as well.

Attorney General’s Office (AGO) spokesperson Mukri defended the app on the grounds that it will help “educate the public” and “make it easier for the public to check whether a group is banned or not.” He added that group’s reported via the app won’t necessarily be “destroyed immediately,” but will “just” be “investigate(d) further.”

But National Commission on Human Rights commissioner Choirul Anam told the Post that Smart Pakem “can result in persecution, violence and criminalization.” Choirul said that not only should the app be withdrawn, but the AGO’s power to “criminalize differences in beliefs” should be revoked entirely.

“The launch of the application will make the public more distrustful of one another, increase the potential for horizontal conflict and damage the dialogue about differing religious beliefs that has already started in the community,” Ahmadiyah Indonesia Congregation spokesperson Yendra Budiana added.

Aside from the controversy in Jakarta, the app has sparked a new round of criticism of Google, which claims “diversity and inclusion” among its core values.

“We’re all Sharia-compliant now, or getting there fast, and Google has been leading the way for quite some time,” Islam scholar Robert Spencer wrote at FrontPage Magazine. “Anwar Awlaki’s al-Qaeda recruitment lectures were offered in Google Play store app. And in 2017, Texas imam Omar Suleiman made a successful effort to compel Google to drop search results about Islam-related terms and topics that reflected negatively upon Islam.”

Indonesia isn’t the only country where Google has been accused of assisting thought police. In September, Google researcher Jack Poulson resigned in protest of the company’s plans to launch a version of its search app in China that would censor various websites, terms, and phrases the Communist regime frowns upon. The company has also been accused of extensively spying on users through Gmail, Chrome, and Android.

Google is in the midst of an ongoing scandal over politicizing its search function and other services, based on analysis finding a heavy left-wing tilt to news sources, estimates that Google likely swung as many as 2.6 million votes to Hillary Clinton in 2016, partnership with the left-wing Southern Poverty Law Center for flagging “hate,” and various leaked private communications, among other incidents.

This week, Google CEO Sundar Pichai testified before the House Judiciary Committee, where he denied Google’s policies and services are politically biased, but refused to directly answer several questions.