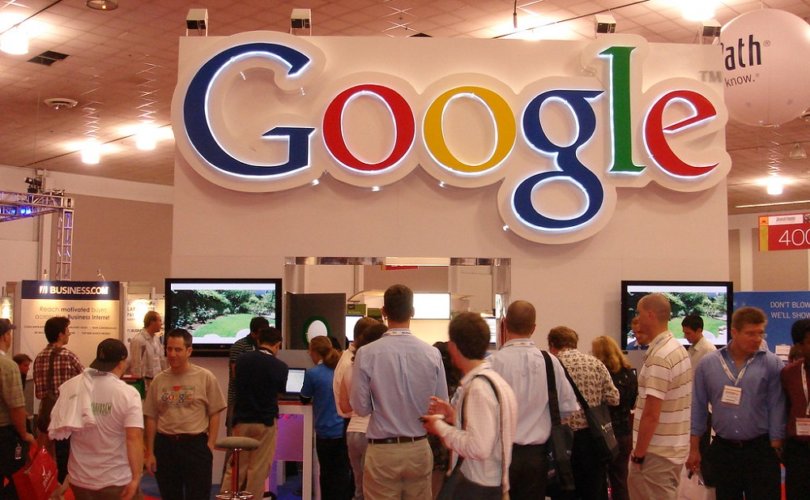 SAN FRANCISCO (LifeSiteNews) — UPDATE, 6:43PM CST: Following publication of this report, a Google employee who wishes to remain anonymous reached out to LifeSiteNews to dispute the CNBC report on Google’s announcement and clarify Google’s actual approach to the unvaccinated:

The CNBC article referencing the Google vaccine requirements is misleading. While Google has removed vaccine requirements for remote employees, being fully vaccinated is still a requirement for being in a Google office. Unvaccinated employees are not allowed on Google campuses. This is particularly relevant for datacenter employees who must be on-site to perform their duties. Some of them remain on unpaid leave. There are some limited religious and medical exemptions. Most accommodations were not granted.

Vaccinated employees in the office are provided with a “sticker” on their badge designating their medical status (unvaccinated employees would not have a sticker). The few Googlers who have been granted an accommodation to come onsite have expressed concern that this visible marker will lead to discrimination in the workplace, as many employees have openly stated that they do not want to be in the same office as their unvaccinated coworkers.

ORIGINAL STORY: Internet giant Google will no longer require its American employees to vaccinate for COVID-19, in one of the biggest backtracks yet from the Left’s heavy-handed COVID enforcement protocols.

CNBC reports that the company’s vice president for Real Estate and Workplace Services, David Radcliffe, made the announcement this week via email, along with a variety of other relaxations on COVID rules. Details were limited, but the changes will affect masking, testing, and social distancing policies, as well as a restoration of office perks such as massages and access to lounges and fitness centers.

Employees will still require proof of vaccination or exemptions to come into offices, though the company is working on a “hybrid” work model split between in-person and remote work.

“We’re at the beginning of a journey, so the office experience will feel pretty similar to what it was like pre-Covid,” Radcliffe wrote. “We’re designing and piloting options to support new ways of working together and we’ll gather insights, data and feedback to help us learn as we go.”

“We’re giving employees who welcome the chance to come into the office the option to do that wherever we safely can, while allowing those who aren’t ready to keep working from home,” Google spokesperson Lora Lee Erickson added in a statement to CNBC. “Based on current conditions in the Bay Area, we’re pleased that our employees who choose to come in now have the ability to access more onsite spaces and services to work and connect with colleagues.”

The policy represents a reversal from Google’s December warnings that those who refused to vaccinate by January 18 would be placed on leave and ultimately fired, and is particularly ironic given the company’s self-appointed role as arbiter of medical “misinformation,” which it has used as a pretext to censor discussions of the global COVID-19 pandemic and the response to it.

Google’s reversal follows a broader trend of left-wing cities such as Boston rescinding their vaccine mandates, as well as cities, states, and businesses such as Amazon dropping some mask mandates, which have proven to be deeply unpopular.