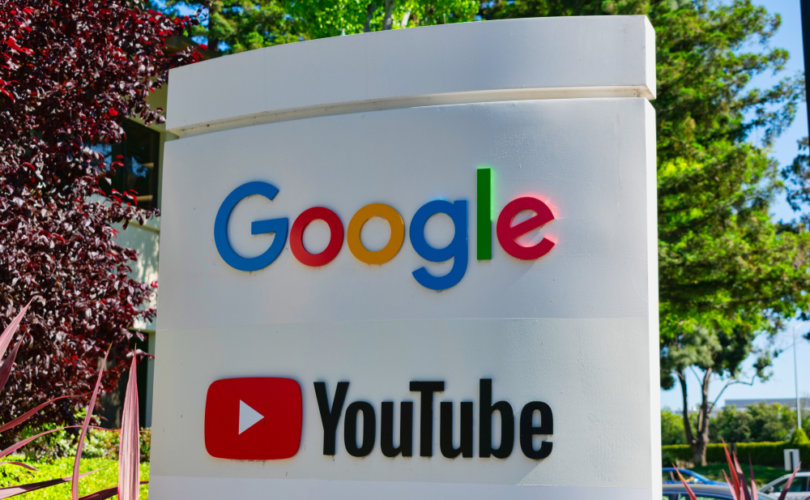 November 27, 2020 (LifeSiteNews) – America News Network (OAN) had its YouTube channel demonetized and suspended for one-week Tuesday because of a video it had uploaded but had not yet made public that, according to Youtube, contained “COVID-19 misinformation” regarding hydroxychloroquine (HCQ) as a treatment option for the virus.

YouTube spokesperson Ivy Choi said in a statement that they suspended OAN’s channel for “repeated violations” of “the spread of harmful misinformation associated with COVID-19 on YouTube,” according to an Epoch Times report.

“Since early in this pandemic, we’ve worked to prevent the spread of harmful misinformation associated with COVID-19 on YouTube. After careful review, we removed a video from OANN and issued a strike on the channel for violating our COVID-19 misinformation policy,” said Choi as reported by the Epoch Times.

According to OAN President Charles Herring, YouTube, which belongs to Google, suspended their page for a video that was posted to their page but was “unlisted,” meaning that the video was not publicly sent out to channel subscribers and only viewers with the direct link would be able to access it.

“YouTube took the extreme action of censoring a national cable news network for a video that was ‘unlisted’ and not available publicly on YouTube,” Herring was quoted as saying in The Epoch Times report.

The same report said that Herring told that news agency his network was “flooded with comments from viewers thanking OAN for its reporting,” and told them to not be “intimidated by Google.”

The Epoch Times report also said that OAN said YouTube only “recognizes two authorities for COVID-19,” those being the Center for Disease Control (CDC) and “local county health experts.” He added that “frontline doctors should also be heard, regardless if their views agree or differ from the CDC.”

According to a Reuters report, YouTube said that OAN had violated its COVID-19 misinformation policy for a video which claimed that HCQ is an effective treatment for the virus.

Dr. Harvey Risch, an epidemiologist at Yale School of Public Health has praised hydroxychloroquine (HCQ) as an effective treatment in combating the effects of COVID-19.

He recently said that those who opposed HCQ have no science to back up their opposition to the drug, which has been approved for use for decades to combat Malaria.

OAN has been a favorite news outlet for President Donald Trump, who has increasingly highlighted the news channel's “fair” coverage.

Last week, YouTube suspended the channel of LifeSiteNews for one week for posting a video with audio regarding a renowned Canadian doctor.

The doctor blasted government-imposed COVID-19 measures at a public city meeting in Western Canada, calling masks “utterly useless” and saying that the virus is “not Ebola.”

In the summer, Google, Facebook, and Twitter shut down the US “Frontline” doctors for championing HCQ as an effective treatment for the coronavirus.