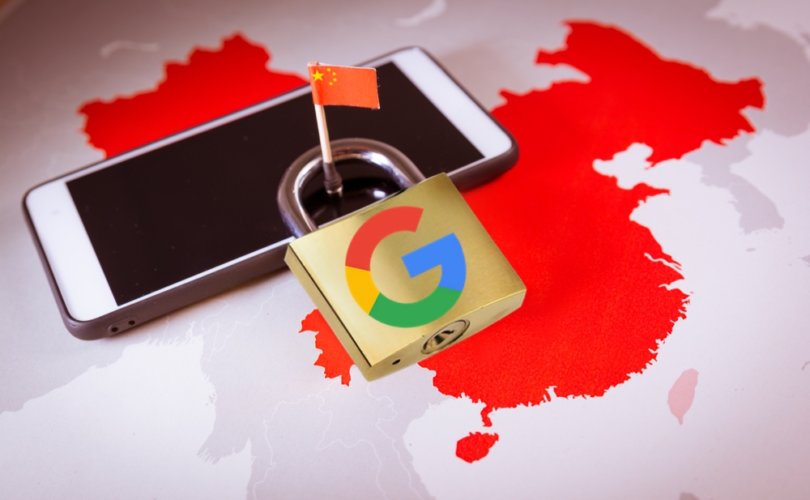 September 17, 2018 (LifeSiteNews) – A senior research scientist at Google has resigned in protest over the company’s plans to launch a search engine in China that censors topics disagreeable to the Communist regime.

Last month, The Intercept reported on confidential documents on plans to launch a state-approved search app for Android devices that automatically filters certain websites, terms, and phrases from results. Content typically blacklisted in China includes Facebook, the New York Times, the Wall Street Journal, books such as 1984, and subjects including free speech, the Tiananmen Square Massacre, and more. The leaked documents specifically mention the BBC and Wikipedia as examples of blocked sites.

Last Thursday, the publication followed up with a report that Jack Poulson, a former Stanford mathematics professor who worked in the internet giant’s research and machine intelligence department, has resigned in protest of those plans. His work focused on the accuracy of Google’s search systems.

Poulson confronted his employers about the report, but to no avail. He decided last month that he had to leave the company. He worked his last day on August 31.

“Due to my conviction that dissent is fundamental to functioning democracies, I am forced to resign in order to avoid contributing to, or profiting from, the erosion of protection for dissidents,” Poulson said in a letter to his superiors. “I view our intent to capitulate to censorship and surveillance demands in exchange for access to the Chinese market as a forfeiture of our values and governmental negotiating position across the globe.”

In an interview, he told The Intercept that he believes he’s one of just five employees who have resigned over the revelations so far. He explained that not only does he see the plan as a violation of Google’s own commitment not to design technologies “whose purpose contravenes widely accepted principles of international law and human rights,” but that hosting customer data on the Chinese mainland would present a risk of the Chinese government accessing that information.

Only a “few hundred” of Google’s 88,000 employees knew of the project’s existence before The Intercept’s report. Poulson says he was among the majority that did not, but also fears that his work may have contributed to it without his knowledge or consent.

“What are Google’s ethical red lines?” Poulson asked. “We already wrote some down, but now we seem to be crossing those. I would really like to see statements about what Google’s commitments are.”

He also lamented the contrast between Google’s latest actions and co-founder Sergey Brin’s 2010 condemnation of China’s “earmarks of totalitarianism,” as the company ended a previous Chinese search engine in response to the government blocking websites and hacking Gmail accounts. “That’s the company I joined, the one that was making that statement,” Poulson said.

Google has yet to publicly acknowledge these reports, and CEO Sundar Pichai refused to attend a Senate Intelligence Committee hearing earlier this month where he was likely to have been pressed on them. More than 1,400 employees signed a letter demanding “an ethics review that includes rank and file employee representatives” into the situation, but so far the company has only moved to restrict access to the relevant documents and footage of company meetings.

The story is only the latest in a string of scandals currently plaguing the tech giant, which has been accused of restricting search results from competitors, cutting businesses it disagrees with from its platforms, letting third-party app developers access users’ emails, politically biasing its search results, and discriminating against conservatives on its platforms and services.

Earlier this week, an email chain and filmed meeting from just after the 2016 election leaked, showing Google executives expressing anger at President Donald Trump’s victory and discussing ways to use the company’s resources to influence future elections.