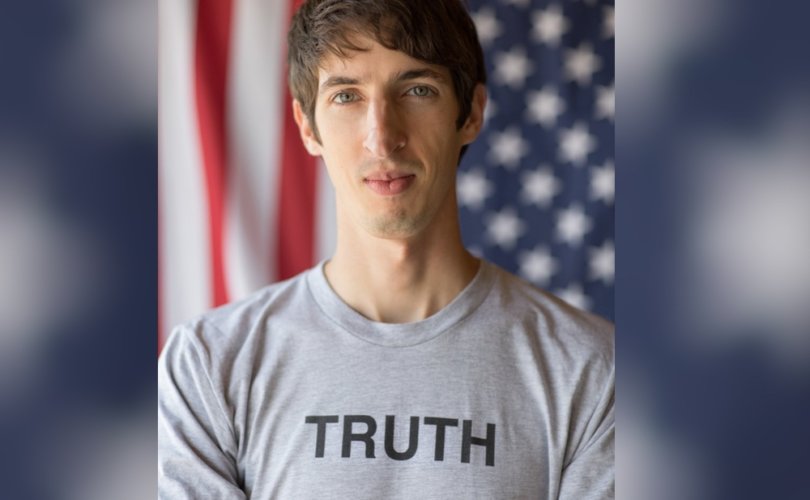 SANTA CLARA, California, January 10, 2018 (LifeSiteNews) – An engineer fired by Google for writing a memo about the differences between men and women working in tech is suing the company, citing its “systematic” discrimination against white male conservatives.

James Damore and another Google ex-employee, David Gudeman, are being represented by Harmeet Dhillon, the Republican National Committee’s committeewoman for California. Their lawsuit was filed in Santa Clara Superior Court on January 8.

The 161-page lawsuit contends that while the plaintiffs were working for the company, Google discriminated against employees due to their “perceived conservative views,” “their male gender,” and/or “their Caucasian race.”

It alleges that Google uses “illegal hiring quotes to fill its desired percentages of women and favored minority candidates, and openly shames managers of business units who fail to meet their quotas–in the process, openly denigrating male and Caucasian employees as less favored than others.”

The lawsuit also contends that the “numerical presence of women celebrated at Google” was based “solely due to their gender” whereas the “presence of Caucasians and males was mocked with ‘boos’ during companywide weekly meetings.”

The lawsuit claims that Damore, Gudeman and other Google employees were “ostracized, belittled, and punished for their heterodox political views, and for the added sin of their birth circumstances of being Caucasians and/or males.”

Damore shot to fame when a memo he wrote about diversity for a Google internal discussion board in July 2017 was leaked to the technology news website “Gizmodo.”

Damore’s memo criticized the lack of diversity in political ideas allowed at Google and offered suggestions as to why there is no “gender parity” in the technology field. For instance, he suggested that fewer women than men are interested in it. Damore wrote that he was against “arbitrary social engineering of tech just to make it appealing to equal portions of both men and women.”

In August, after he was widely criticized by Google staffers and the media, Damore was fired. He had worked for Google since December 2013.

Gudeman had been employed by Google for three years before he was fired in December 2016 for remarks he made to a Muslim colleague. According to the suit, the colleague had complained of being targeted by the FBI because he was a Muslim. While researching the colleague’s claims, Gudeman suggested that “the FBI could have possibly found something interesting” in the co-worker’s recent trip to Pakistan. A third colleague reported the online conversation to Google HR.  Gudeman says that Google told him that he had accused his Muslim colleague of terrorism and terminated his employment.

The lawsuit contains almost 100 pages of screenshots of internal communications at Google, in which employees discussed controversial issues. At least one manager allegedly kept a “blacklist” of employees with whom she would not work because of their conservative views.

The lawsuit claims also that Google has a blacklist of conservatives who are banned from visiting its headquarters. Conservative blogger Craig Yarvin was, according to the action, ejected from the Google campus, having triggered a “silent alarm” while lunching there. Other conservatives apparently unwelcome at Google include writer Theodore Beale and Alex Jones of InfoWars.

Google has been accused of a left-wing bias in the way its search engine presents information. After Damore was fired, Fox News host Tucker Carlson argued that Google and other tech giants should be regulated as if they were utilities.

“Google is the most powerful company in the history of the world,” Carlson said. “It’s the portal through which the bulk of our information flows. That means that if Google isn’t on the level, neither is our understanding of the world. To an unprecedented extent, Google controls reality. Google has already shown a disturbing willingness to distort reality for ideological ends.”

Carlson continued, “Until they were sued for it in 2008, Google refused to allow anti-abortion advertisements on its platforms even though they freely allowed pro-abortion ones. On the flip side, Google often blacklists certain sites from hosting ads which denies them revenue. Recently, Google-owned YouTube has introduced procedures to cut off revenue to, quote, ‘offensive content.’ What’s offensive? Who decides?”