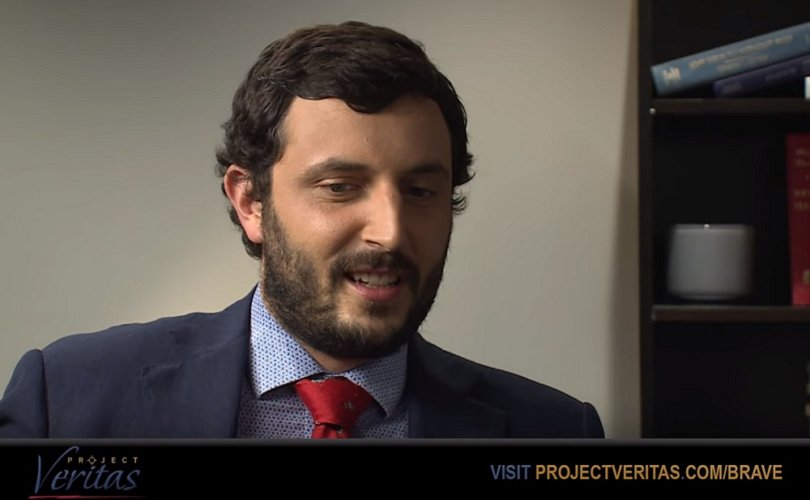 NEW YORK, July 25, 2019 (LifeSiteNews) ― A senior engineer at one of the nation’s biggest tech firms has been put on administrative leave after expressing fears that firms like his are interfering in elections.

“I don’t have a smoking gun,” he said. “I’ve just been coding since I was ten, I have a Ph.D., I have five years of experience at Google, and I just know how algorithms are.”

“They don’t write themselves. We write them to make them do what we want them to do,” he continued.

“I look at Search and I look at Google News, and I see what it’s doing. I see Google executives go to Congress and say … that it’s not political, and I’m just so sure that that’s not true.”

Google CEO Sundar Pichai, 47, told Congress under oath last year that Google’s algorithms were not politically biased. However, Google software engineer Coppola suggested that his boss could justify his statement only by redefining the concept of political.

“Google News is really just an aggregator of just a handful of sites,” Coppola said, “and all of those sites are vitriolically against President Trump, which I consider to be interference in the American election.”

Coppola was reluctant to say Pichai had been lying, but he did assert that Google is  “extremely biased” in favor of certain sites. He said CNN is the most commonly used source in Google News, and, despite the millions of websites available, 20% of the results of all Google searches for the term “Donald Trump” are from the Trump-bashing CNN.

The young software engineer said he saw this unfold during the 2016 election. He joined Google in 2014, which he described as “an amazing time to be at Google ― we didn’t talk about politics, nobody talked about politics.”

But as the American elections “ramped up” and a media narrative began to spread that whoever supported Trump was a racist, “even a Nazi”, Coppola saw everyone around him ― New Yorkers, tech firms, and computer engineers ― believing it.

He thinks small number of people at Google do work on making sure certain news sites are promoted.

“In fact, I think it would take only a couple out of a hundred-thousand [person] organization to make sure that the ‘product’ is a certain way,” he said.

Coppola himself is a Trump-supporter, but above all, he believes in the freedom to question.

“I think the way that Google works, the way the Democrats work, the way all their allies in the media work, they really don’t want a lot of questioning of anything,” he said.

“They really just want to call people names to get them to toe a certain line.”

He believes that this is a “dark” view of society, and he would like a kind of technology that supports human freedom and free thought.

Coppola believes there were about ten years in which search engines and social media did not have a political bias, and that people just developed a habit of believing that the top result on Google had the best answer to their question.

“We just haven’t had time to absorb the fact that tech might have an agenda,” he said. “It’s only something that we’re starting to talk about now.”

He cited Dr. Robert Epstein, who, when he testified before a Senate judiciary committee, said that if Google, Facebook, Twitter, and all the other Big Tech companies continued to support whom they are currently supporting, it would mean 15 million extra votes for their candidate in 2020, without anyone being able to trace why.

Project Veritas is a non-profit organization of undercover journalists that has been investigating the growing influence the world’s largest technology and social media firms are having over public opinion and, in particular, voting.

Coppola said he had decided to approach Project Veritas because he believes that it is a credible news organization. He thinks society has come to a crisis moment, having moved from a period in which Big Tech was politically neutral to a time when Big Tech is actively taking sides in elections. He fears that eventually, citizens’ votes won’t really matter because elections will be determined by big businesses who manipulate them.

“Overall I’m very concerned to see Big Tech and Big Media merge basically with a political party, with the Democratic Party,” he said.

In the video, Gennai said she opposes Democrat Sen. Elizabeth Warren’s proposal to divide up Google because it would hamper its ability to sway voters.

“I love her, but she’s very misguided,” she said. “That will not make it better; it will make it worse, because all these smaller companies who don’t have the same resources that we do will be charged with preventing the next Trump situation. It’s, like, a small company cannot do that.”