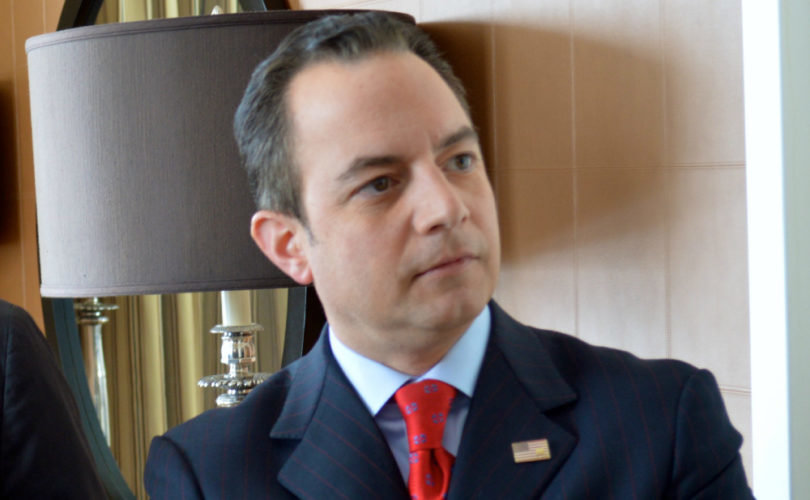 WASHINGTON, D.C., February 27, 2015 (LifeSiteNews.com) — The Republican Party will continue to stand on a platform of marriage, says the chairman of the Republican National Committee.

In a briefing with reporters and bloggers at the 2015 Conservative Political Action Conference, Reince Priebus told LifeSiteNews, “As far as our party is concerned, we believe that marriage is between a man and a woman. I think all of our [2016 presidential] candidates will, too.”

Priebus said that part of the way his party intends to convince young people to care about life and family issues is “to be willing to engage more.”

“I think our elected officials need to be willing to engage more, to see where the fight takes you,” he said.

“I think it's giving students a choice,” he explained, pointing to how under his leadership the RNC has worked to actively promote the party's platforms and principles.

Priebus also criticized “the fact that we would be having a debate on whether or not we ought to allow abortions after the fifth month. We're, what, one of three or four countries in the entire world [that allow them]?”

“But you have to take the fight to your audience,” he said.

RNC chairman: ‘March for Life was a little bit of a wake-up call’