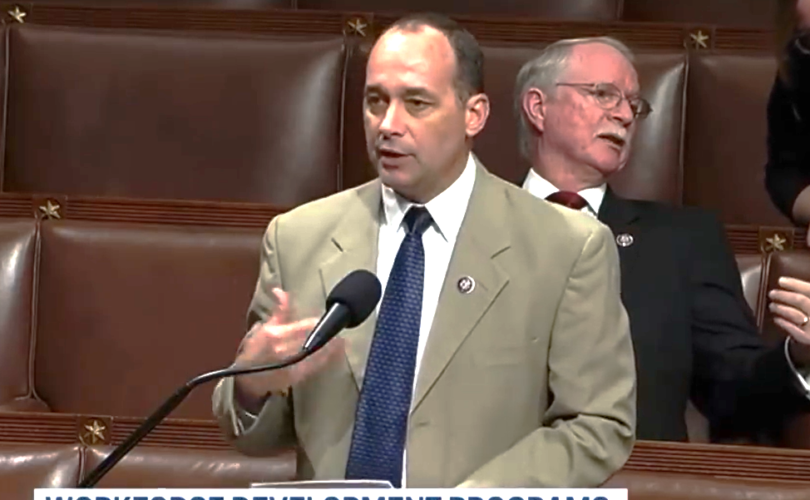 Good’s comments were made last week while he was debating the Federal Extreme Risk Protection Order Act of 2021 in the U.S. House of Representatives, an act brought forth by Democrats seeking to limit who can and cannot buy a gun.

Good said that the “Democrats simply do not believe in the inalienable rights of American citizens to life, liberty, and the pursuit of happiness.”

“They believe that your rights come from government, and they, therefore, have the right to take them away,” he added.

Good then said that the “guarantee provided by our Founders to ensure we remain free from foreign invasion and, yes, as our Founders clearly warned us, from an oppressive government like we see in Canada, Australia, and the Democrats’ beloved Communist China is the constitutional right of law-abiding citizens to be armed as they choose.”

The Trudeau government recently announced plans to ban the sale of handguns and buy back some types of rifles, which many in Canada have blasted as overreach. The timing of the handgun ban has also been criticized due to it coming only a few days after the tragic Uvalde, Texas, school shootings.

Last week and over the weekend, Trudeau was in Los Angeles at the Summit of the Americas, at which he falsely claimed that Canadians do not have a right to use their guns for self-defense.

For a few years now, Trudeau has been blasted for saying in 2013 that he has an “admiration” for China’s “basic dictatorship.”

Trudeau and most of his MPs recently voted against the creation of the committee concerned with Canada-China relations.

In May, Irish senator Sharon Keogan directly called out Trudeau’s use of the Emergencies Act (EA) to freeze the bank accounts of some associated with the Freedom Convoy as a “chilling” example of government overreach.