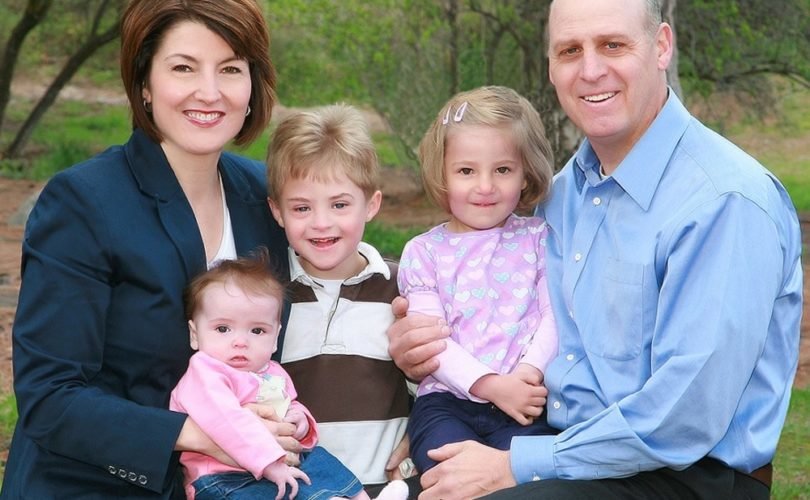 WASHINGTON, D.C., August 7, 2015 (LifeSiteNews) – Nine out of every 10 unborn children diagnosed with Down syndrome do not live to see the outside of their mothers' wombs.

But a top Republican whose first child was diagnosed with the disability says her son “has brought us so much joy.”

Speaking at the U.S. Capitol in late July, GOP Conference chairwoman Cathy McMorris Rodgers, R-WA, told colleagues that her son Cole is “playing baseball, basketball, doing horseback riding, and you know, we often look back and wonder why we were crying so much when we first got that news, because Cole has brought us so much joy.”

“It doesn't mean that there aren't hard days,” McMorris Rodgers said, “but his impact on our lives has been a total positive, and I am a better person, a better legislator, and most excited to be a part of the disabilities community, specifically the Down syndrome community.”

McMorris Rodgers and other members were gathered to watch a documentary about Jérôme Lejeune, who discovered what causes Down syndrome. The documentary is titled, Jerome Lejeune: To the Least of These My Brothers and Sisters.

“When you look at our history – Jérôme Lejeune, Dr. John Landon Down – we have a rich history of being actually on the forefront of the pro-life debate, too, and even to this day, I think that that continues,” said McMorris Rodgers.

Leading pro-life congressman Trent Franks, R-AZ, who has a brother with Down syndrome, also spoke at the event, as did Rep. Gregg Harper of Mississippi, whose son has a genetic disorder. Rep. Keith Rothfus of Pennsylvania also spoke.

After having a girl with Down syndrome, this couple adopted two more