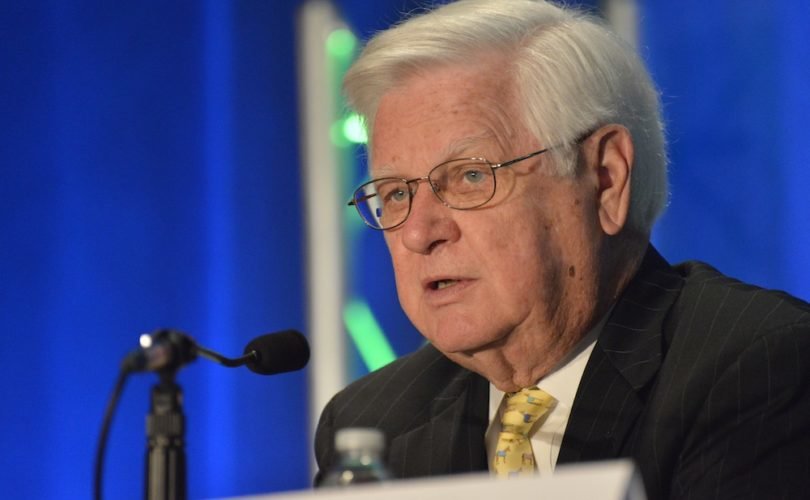 “This is outrageous. The GOP, whose platform formally opposes abortion, just passed a pro-abortion bill through one of Capitol Hill's most influential committees.”

According to Matt Dennis, a spokesperson for the Democratic staff on the House Appropriations Committee, Lowey's amendment brings female Peace Corps employees in line with other federal employees covered under the Hyde Amendment.

Dennis told LifeSiteNews that under current policy, “if a woman serving in the Peace Corps is a victim of rape while serving abroad, becomes pregnant, and elects to terminate the pregnancy, she pays for that out of pocket. That is different from women serving in the military, Foreign Service officers, Medicaid recipients, immigrant detainees, female prisoners, etc.”

“Peace Corps volunteers are the only women serving the federal government not covered by the Hyde Amendment,” continued Dennis. “Rep. Lowey's amendment offers those same Hyde protections to women in the Peace Corps.”

On its website, the House Appropriations Committee describes Lowey's amendment as one that “adds language to the bill related to health care coverage for Peace Corps volunteers.” Human Life International Communications Director Adam Cassandra criticized this description of the amendment, saying that “purposefully killing another innocent human being is not health care.”

According to Cassandra, abortion itself “is not health care. The spin on this from members of Congress and radical lobbyist organizations is that this is a health care issue,” but “further assaulting a woman who is a victim of rape with the violent act of abortion is in no way a humane or compassionate response to her situation, and taking the life of that child can never be justified.”

“American citizens are actively funding the greatest human rights abuse in history, both here and in countries around the world,” said Cassandra. “That members of Congress continue to allow, and now expand, taxpayer funding for this crime against humanity is utterly reprehensible.”

Blogger and former nurse Jill Stanek was similarly critical. “This is outrageous,” said the outspoken pro-life activist. “The GOP, whose platform formally opposes abortion, just passed a pro-abortion bill through one of Capitol Hill's most influential committees.”

The Republican Party's platform says that it “support[s] a human life amendment to the Constitution and endorse[s] legislation to make clear that the Fourteenth Amendment's protections apply to unborn children.” However, the platform is a non-binding measure on politicians and state parties.

“This might be good politics in the Beltway, but all the GOP really did was cave to feminist rhetoric and decide that throwing more taxpayer money to the abortion industry is acceptable public policy,” said Stanek.

According to a senior Hill aide, the future of the amendment is still unknown, though it is headed for a vote in each chamber of Congress. The aide said that the amendment could survive in the State and Foreign Operations Appropriations Bill, or it could get added to a Continuing Resolution, or get added in a lame duck session of Congress after the 2014 midterm elections.

However, the amendment could also not survive. “Basically,” said the aide, “the system is broken, so nobody knows what might happen.”