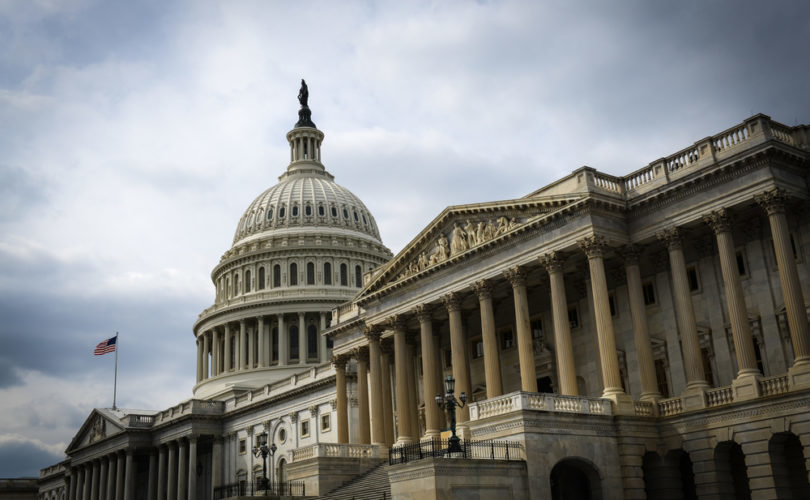 December 4, 2018 (LifeSiteNews) – With only four weeks left until Democrats assume control of the House of Representatives, pro-lifers had hoped for congressional Republicans to make one final push to defund Planned Parenthood before losing their majority. But GOP leaders have already thrown cold water on those hopes.

Last week, leaders and representatives of Live Action, Students for Life of America, the March for Life, and the Susan B. Anthony List met with administration officials at the White House to urge President Donald Trump to veto the upcoming budget agreement if it continues to finance the abortion giant.

Live Action president Lila Rose and Students for Life president Kristan Hawkins both sent letters to the president reminding him of his campaign pledge to defund Planned Parenthood, and urging him to follow through.

Trump has once again floated threats to veto a budget that doesn’t reflect his priorities, but most Republicans are unwilling to draw a line in the sand on Planned Parenthood, Politico reports. Sen. Ted Cruz, R-TX, attempted to rally support for another defunding effort, but his colleagues rejected it over fears of a potential government shutdown. A Cruz spokesperson says the senator will continue fighting to defund Planned Parenthood in the next session.

Politico quotes unnamed pro-lifers as being unwilling to force a budget confrontation, and instead favor a “longer term vision for incremental progress” that includes state laws, executive actions, and continuing to transform the judiciary. Judicial nominees only require approval from the Senate, whose pro-life majority is expanding next year.

President Trump is expected to continue advancing the pro-life cause through regulations, and enacting standalone pro-life legislation will be all-but impossible in the next two years. But other pro-life leaders expressed disgust with GOP leaders’ failure to do more in Trump’s first two years.

“They had two years to defund Planned Parenthood, and they failed,” lamented Hawkins. “It’s a huge frustration. We worked so hard to elect supposedly these pro-life Republican officials, and we expected results.”

“There would have been a much more motivated electorate if Republicans even gave the appearance of fighting more,” added March for Life vice president of government affairs Tom McClusky. “Instead, they seemed to be very good at negotiating with themselves and defeating themselves.”

A variety of factors contributed to the previous majority’s lack of legislative results.

The House of Representatives passed bills that would have defunded Planned Parenthood, repealed Obamacare, and banned abortions past 20 weeks, but they died in the Senate, where Majority Leader Mitch McConnell refused to reconsider filibuster rules mandating a supermajority for most legislation, and pro-abortion Republicans Susan Collins and Lisa Murkowski obstructed simple-majority votes on pro-life measures (for which GOP leaders never challenged or punished them).

Outgoing House Speaker Paul Ryan, meanwhile, presided over multiple budgets that continued Planned Parenthood’s $543.7 million in government funding. Trump has threatened to veto previous budgets, but ultimately signed them. Despite these setbacks, most pro-life leaders remain either opposed or silent on changing the filibuster, and did not support conservative challengers to House GOP leadership.

Congress will vote this week on pushing back the December 7 funding deadline to December 21, ostensibly to account for services for former President George H.W. Bush. But many suspect less lofty motives for the scheduling change.

“They canceled this week, so two weeks puts us almost to Christmas – this puts pressure on members in that second week to cave and accept what leadership offers in order to get home for Christmas,” Blaze Media’s Nate Madden quoted a conservative Hill staffer as saying. Madden went on to call it “one of the swampiest plays in the book,” citing the Christmas Eve 2009 Senate vote to pass Obamacare as an example.