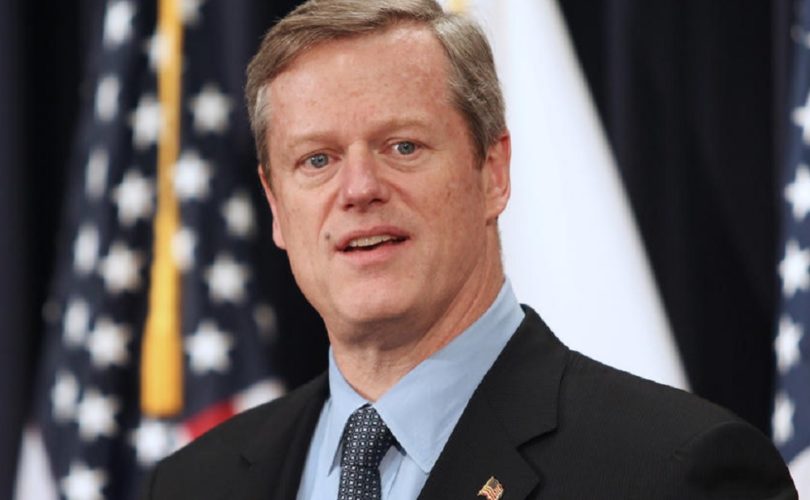 BOSTON, November 16, 2015 (LifeSiteNews) – An LGBT activist group will tell Massachusetts officials which gay- and lesbian-owned small businesses they can contract with, thanks to an executive order issued by Republican Governor Charlie Baker explicitly requiring the LGBT-owned businesses to be given priority for state contracts.

The statewide policy is the first of its kind in the country, though some smaller governmental bodies have similar policies.

According to a press release issued by the National Gay & Lesbian Chamber of Commerce (NGLCC), which will be “the exclusive certification body for LGBT business enterprises in the Commonwealth” and “serves as the exclusive third-party certification body for LGBT-owned businesses nationwide,” the policy to prioritize some LGBT-owned businesses over others will create “fair and equal access to business contracting opportunities that cultivate innovation, create jobs, and drive economic growth throughout the Commonwealth.”

“Nothing says 'The Spirit of America' like an equal seat at the table for every business owner who wants one,” said NGLCC president and co-founder Justin Nelson in a statement.

According to the executive order, “only an inclusive marketplace that offers competitive opportunity for businesses as diverse as the people of this Commonwealth can promote economic prosperity for all.” Baker also wrote that “groundbreaking measures must be taken to ensure that no enterprise is denied a fair opportunity to increase innovation and create jobs in Massachusetts.”

Massachusetts “remains committed to leading the nation to non-discrimination and equal opportunity for all,” the order states, identifying LGBT-owned, veteran-owned, and disability-owned “business enterprises” as three types of organizations to receive special attention by the state's procurement officials.

The state also gives priority to minority-owned and women-owned businesses, with all of the preferred contractor demographics overseen by the Supplier Diversity Office (SDO). The order states that “the SDO will verify that the process meets the state's standards and perform periodic certification renewals of all and audits of samplings of the certified businesses. OSD will develop enforcement provisions for any business that misrepresents its eligibility for certification.”

According to a 2014 fiscal year report from Baker's predecessor, Deval Patrick, $991,590,145 “in total combined Commonwealth spending was accomplished through the Supplier Diversity Office in FY2014[.]”

That report stated that about 2,700 businesses had been certified to work with the state under the SDO. NGLCC's press release said it has certified almost 800 LGBT-owned businesses nationwide.

NGLCC's certification process, which it says is used by Fortune 500 companies, requires “that each majority business owner is LGBT,” as well as that each “LGBT business owner[] controls, manages, operates, and owns the company 51% or more.”

Additionally, 12 options to prove one's LGBT status are provided, with the NGLCC noting that it “may request the submission of several [documents], in order to expedite the process and unequivocally demonstrate to the committee the LGBT status of the business' owner(s).” One of the forms of proof is “​[e]vidence of completed or attempted parenting or family building efforts with same-sex partners including surrogacy, adoption, or in-vitro fertilization procedures,” while another is a “[p]hysician carry letter evidencing gender reassignment or medical procedures.”

Brian Camenker, executive director of MassResistance, a Massachusetts-based pro-family group, told CNS News that Baker's executive order “is just one more example of our government being used to promote a narrow ideological agenda at the expense of the taxpayers.”

“Even his far-left predecessor, Deval Patrick, did not go this far,” he said.