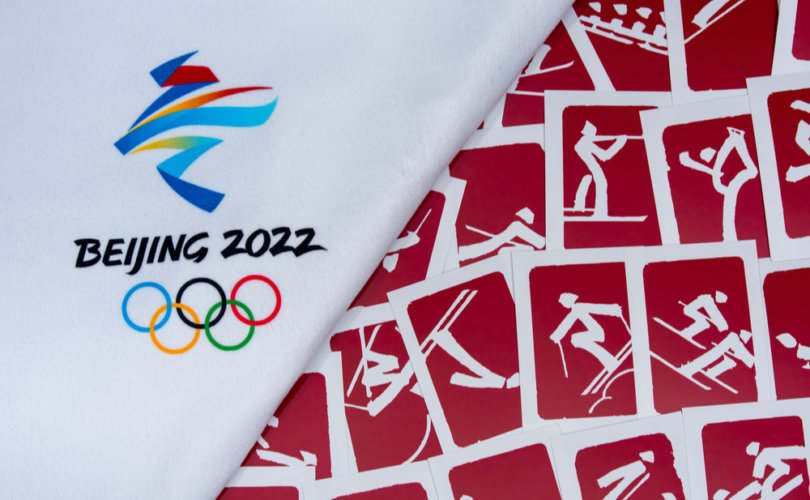 FRONT ROYAL, Virginia, Feb 5, 2022 (LifeSiteNews) – Despite the glowing praises being heaped by the mainstream media upon China as it hosts the 2022 Winter Olympic Games, some U.S. leaders have firmly denounced in recent weeks the ongoing human rights abuses and espionage against the United States perpetrated by the Communist Chinese Party (CCP).

And it has been the United States’ staunch pro-life leaders leading the charge.

“When our athletes are being instructed to leave their cellphones in the United States before heading to China … we have a responsibility to question why the Olympic Committee is allowing China to host the 2022 Winter Olympic Games,” Republican U.S. Sen. James Lankford of Oklahoma said in a Jan. 21 press release.

“What’s more embarrassing is that we’re allowing the Chinese Communist Party to profit off of the Games when it is responsible for genocide and crimes against humanity. Our athletes have trained, worked, and dedicated their lives to representing our nation. American Olympic athletes should not be punished or put in harm’s way while competing in this historic event,” Lankford said.

Both Lankford and Republican U.S. Sen. Marco Rubio of Florida recently penned a Senate resolution demanding that the Olympic Committee take swift action to move the Winter Olympics to a different host country due “to the refusal of the People’s Republic of China to end its egregious human rights abuses, including genocide, forced labor, and crimes against humanity.”

Of course, the entire Congress should have joined this resolution, but since it is likely that many of them have been compromised by China, perhaps this might be a bit too much to ask.

One Congressman, however, continues to set a standard in taking the fight to a higher level, and that is Republican U.S. Rep. Christopher Smith of New Jersey.

Smith is co-chair of the Tom Lantos Human Rights Commission and a ranking member of the Congressional-Executive Commission on China. For decades, he has been at the forefront opposing China’s human rights crimes.

Shortly after its shameless decision to award China the 2022 Winter Olympic Games in 2018, Smith and Senator Rubio sent a joint letter to the International Olympic Committee (IOC), requesting it rescind its decision and move the Games elsewhere. Although the letter was met with bureaucratic yawns, Smith has continued to press the IOC on its choice of venues. In fact, it spurred him to pursue a perhaps bolder initiative that has just been signed into law — the Uyghur Forced Labor Prevention Act.

The Uyghur people in China and other religious and ethnic minorities have been ruthlessly oppressed, enslaved, and murdered by the Chinese Communist Party. Smith stated that this law will help those oppressed by “prohibiting imports unless clear and convincing evidence shows the goods were not produced with forced labor.” He noted that the law marks “an important and necessary step toward ending — or at least mitigating — the United States’ complicity in Xi Jinping’s horrible ongoing genocide against his own people.”

After the bill’s successful passage, Smith promised to “continue to work tirelessly … to hold the Chinese government accountable for its gross human rights abuses and abject cruelty toward people of all faith.” It is a promise Smith has wasted no time to uphold.

Just weeks later in Washington, D.C., standing in the winter chill outside the even colder and more stark complex that is the Chinese embassy, Smith led a rally with victims of the Chinese government on Jan. 27 denouncing the Chinese Communist Party.

“We are raising our voices in protest and prayer today outside the embassy of the People’s Republic of China,” Smith began. “There is irony in this, as it is we who are representing the people, and speaking for those in China who are voiceless. We stand with the oppressed people of China, and not the oppressor – the Chinese Communist Party.”

Even though there are currently only a few U.S. leaders taking such a pronounced and open stand against China’s egregious human rights violations, these leaders have paved the way for an enhanced cultural rejection of the CCP’s policies — a rejection that seems to have just been initiated and is by design.

For example, this past week, Christopher Wray, director of the Federal Bureau of Investigation (FBI) who was appointed by President Donald Trump, gave a public speech at the Reagan library entitled Countering Threats Posed by the Chinese Government Inside the U.S.

With the national and international spotlight on China because of the Olympics, can this speech just be a coincidence?

Not likely, certainly not on the eve of the Chinese-hosted Olympics … and not with statements such as this:

“Today, we in the United States and the Western world find ourselves in a very different struggle against another global adversary — the Chinese Communist Party. Now, there are some surface-level similarities between the threat posed by the Chinese government and the historical threat of the Soviet Union: The Chinese government also rejects the fundamental freedoms, basic human rights, and democratic norms we value as Americans.”

And that’s just the beginning. Wray’s speech digs deep into Chinese espionage against the United States and the level of surveillance being orchestrated against U.S. citizens within our own borders, stating that China has “unleash[ed] a massive, sophisticated hacking program that is bigger than those of every other major nation combined.”

“All of us in America — and across the free world — are in this together. And as President Reagan said in his inaugural address, ‘No arsenal or no weapon in the arsenals of the world is so formidable as the will and moral courage of free men and women.’ And I have been heartened to see that recognition take hold, to watch and help our partners gird for the long, important fight now underway. And everyone involved in that fight can be certain that you will have no more committed partner than the FBI.”

This is not something I would have ever expected to come from an individual who serves at the pleasure of President Joe Biden — and from the head of the FBI no less.

In reading Wray’s remarks and placing them into context, I cannot help but think that with this speech something unusual is afoot. For me, it reads like an opening salvo in making China’s crimes against humanity more personal to the average American.

And I cannot help but think that this speech from the leader of America’s largest police agency is intended to put China on notice and inform the average American patriot that not all Americans serving at the agency are corrupt.

Dare we even hope?