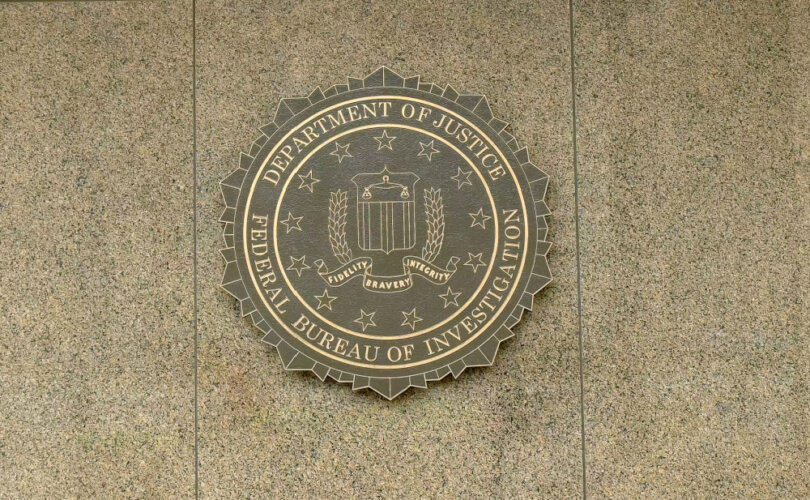 WASHINGTON, D.C. (LifeSiteNews) – GOP members of the House Judiciary Committee, led by ranking Republican Jim Jordan of Ohio, released a report of over 1,000 pages on Friday detailing whistleblower testimony of politicization and malpractice at the Federal Bureau of Investigation (FBI) and the Department of Justice (DOJ).

The 1,050-page report, called “FBI Whistleblowers: What the Disclosures Indicate About the Politicization of the FBI and the Justice Department,” includes an introduction of 50-plus pages detailing allegations made against the FBI and DOJ as well as a series of letters written to FBI and DOJ officials by members of both houses of Congress.

The report builds on various whistleblower disclosures describing the FBI’s Washington hierarchy as “rotted at its core” with a “systemic culture of unaccountability.” https://t.co/6psSABaaIk

According to the authors of the report, the FBI leadership has become “rotted at its core,” alleging that the agency has a “systemic culture of unaccountability” and is guilty of “rampant corruption, manipulation and abuse.” The report further claims that Attorney General Merrick Garland was “a willing participant in the Biden Administration’s weaponization of law enforcement.”

The report is the first documenting the collected whistleblower testimony against the Biden administration’s FBI and includes issues surrounding the DOJ when needed for context, Redstate reported.

The report lists 11 instances of alleged politicization of the FBI and the DOJ, including the August raid on former President Donald Trump’s Mar-a-Lago estate, the suppression on the part of FBI special agent Timothy Thibault of information on Hunter Biden’s laptop and the request that Facebook censor stories related to the laptop, the apparent “purge” of conservative agents from the FBI’s ranks, the inflation of domestic violence extremist terrorism allegations to fit the political narrative around the Capitol riots, and the use of the FACE Act to arrest of pro-lifers such as Mark Houck and Paul Vaughn.

The report also notes the creation of a special tag for parents who protested school boards’ COVID policies and the presence of leftist ideology in curricula. The special tag was created at Garland’s instigation from an October 2021 memo that instructed the FBI to treat those parents as “domestic terrorists.”

The report contrasts the FBI and DOJ treatment of pro-lifers and conservatives with the fact that to date there have been no arrests in attacks of pro-life pregnancy centers and churches in the wake of the leak of the Supreme Court’s Dobbs v. Jackson Women’s Health majority opinion in June. The report further notes that while the FACE Act has been used to arrest pro-lifers, it also places protections on pro-life pregnancy centers.

“Americans deserve to have confidence that the enormous power and reach of federal law enforcement will be used fairly and free of any indication of politicization,” the report reads. “The FBI has the power, quite literally, to ruin a person’s life — to invade their residence, to take their property, and even to deprive them of their liberty.”

In response to the report, the FBI released a statement Friday night that said, “The FBI has testified to Congress and responded to letters from legislators on numerous occasions to provide an accurate accounting of how we do our work.”

“The men and women of the FBI devote themselves to protecting the American people from terrorism, violent crime, cyber threats and other dangers,” the statement continued. “Put quite simply: we follow the facts without regard for politics. While outside opinions and criticism often come with the job, we will continue to follow the facts wherever they lead, do things by the book, and speak through our work.”

The report is seen as a possible foretaste of potential congressional investigations should the Republicans gain the House. Speaking to Axios, a Republican staffer for the House Judiciary Committee said the report is “a roadmap of where [Jordan] will go.” “Lots of whistleblowers are coming out of the woodwork to complain about the FBI,” the staffer continued. “This is just the information that Jordan accumulated while in the minority. Just wait till he has full power to gather real information.”

Jordan, who has a history of writing letters about FBI whistleblower complaints, is expected to become chair of the House Judiciary Committee if the Republicans retake the House.

Jordan issued a warning to Garland last month asking him to preserve all documents dealing with his October 2021 school board memo. Jordan is not the only Republican in the House to issue such a warning. After the FBI’s raid of Mar-a-Lago, House Minority Leader Kevin McCarthy tweeted that Garland should “preserve [his] documents and clear [his] calendar,” implying that Garland would face congressional investigation after a Republican victory in the midterms.

The Republicans are expected to launch a series of investigations should they retake the House and Senate, including investigations into Dr. Anthony Fauci and Hunter Biden’s business dealings. At the time of this writing, the Republicans had an 84% chance of taking the House and a 59% percent chance of taking the Senate, according to Fivethirtyeight.

The report follows an FBI document released by Project Veritas that allegedly shows the agency is classifying election “misinformation” and “disinformation” as “election crimes.”

LifeSiteNews reached out to the DOJ for comment and has yet to receive a response.