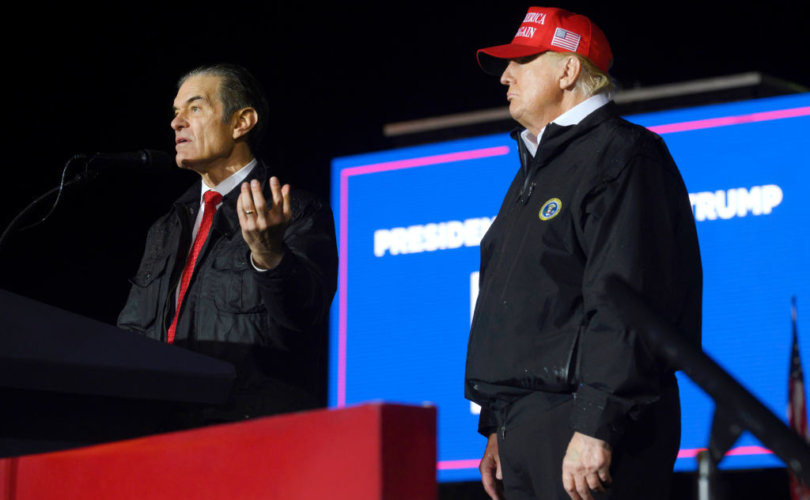 Stop The Federal Government From Forcing Same-Sex ‘Marriage’ On The States! Tell your Senators to vote NO.

(LifeSiteNews) — Former TV personality and Trump-endorsed Republican U.S. Senate nominee Dr. Mehmet Oz has thrown his support behind a Democrat bill to codify forced recognition of same-sex “marriage” and open the door to federal recognition of polygamy, as questions continue to swirl about whether Oz will be able to keep the Pennsylvania seat held by retiring Sen. Pat Toomey in GOP hands.

On Tuesday, the Oz campaign told The Hill that he would support HR 8404. “Dr. Mehmet Oz believes that same sex couples should have the same freedom to get married as straight couples,” a spokesperson said.

Oz, who currently trails Democrat Senate nominee John Fetterman in the polls, narrowly won the GOP nomination for the seat thanks in large part to his endorsement by former President Donald Trump, despite a record of left-wing stances on major issues.

As recently as 2019, Oz attacked abortion bans predicated on the presence of fetal heartbeats, on the grounds that “they’re electrical changes at six weeks, but the heart’s not beating,” as well as suggested that Roe v. Wade saved women from largely-mythical “coat hanger” abortions and framed his “personal” opposition to abortion as distinct from what the law should be.

So far, five Republican senators have either committed to or implied supporting the bill: Susan Collins, Lisa Murkowski, Thom Tillis, Rob Portman, and Ron Johnson. Democrats need a total of ten GOP defections to clear the Senate’s 60-vote filibuster threshold. It remains to be seen if they will find the remaining five votes in the current legislative session, or if this fall’s midterm elections will yield better or worse prospects for the bill.

Stop The Federal Government From Forcing Same-Sex ‘Marriage’ On The States! Tell your Senators to vote NO.