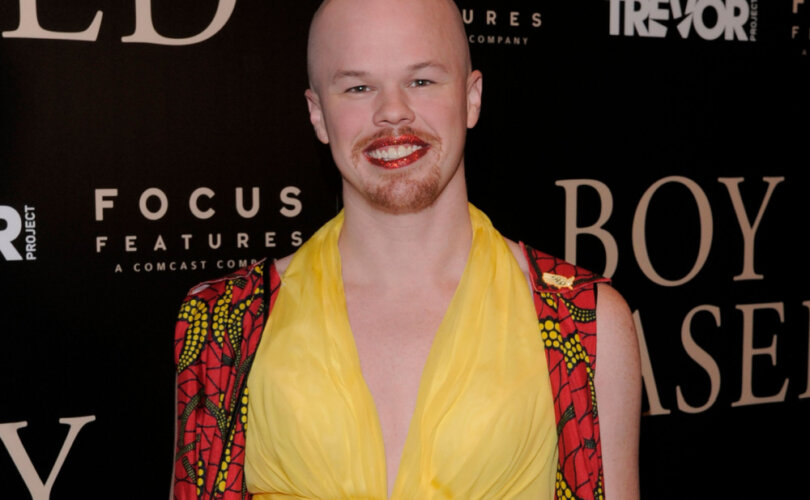 (LifeSiteNews) — A top Republican senator wrote to the secretary of the U.S. Department of Energy (DOE) on Tuesday, demanding that a cross-dressing official in her agency be fired after a felony charge against the government employee.

U.S. Sen. John Barrasso of Wyoming, who is also a member of the Senate Energy and Natural Resources Committee, sent a letter to Energy Secretary Jennifer Granholm requesting she fire Sam Brinton, an LGBT activist and deputy assistant secretary of the Office of Spent Fuel and Waste Disposition.

The letter was sent in response to the “nonbinary” Brinton being charged with stealing a woman’s suitcase from an airport, as previously reported by LifeSiteNews.

“It is in the interest of both the Department’s mission and our national security that the Deputy Assistant Secretary’s clearance be immediately revoked,” Barrasso wrote in the letter. “Additionally, the Department should undertake all necessary steps to terminate their [sic] employment immediately.”

“I am requesting that you immediately launch a comprehensive review of the Department’s security clearance adjudication process and report to me the findings no later than February 1, 2023.”

Barrasso also included a list of questions with the purpose of “ensuring the rest of the Department’s employees have and continue to operate with the utmost integrity throughout the execution of their duties.”

He requested responses to the following questions by December 13:

“1. Please describe in detail any security issues that arose in the course of Sam Brinton’s background investigation and security clearance adjudication.

According to the letter, Barrasso had previously sent written communication to the DOE in July, asking questions regarding the “process for vetting and granting security clearances to presidential appointees working within the Department.”

“As you know, it is imperative executive branch officials, especially unelected appointees, are free of a history of conduct unbecoming of federal service,” he wrote in a letter dated July 20. Although he requested a response to those questions by August 3, Granholm apparently did not reply to his inquiry.

“The Department’s inability to respond to my concerns regarding the DOE’s clearance process is indicative of an egregious inattention to potential insider threats within the Department and the greater safety of the American public,” Barrasso wrote in his recent letter.

The controversial official who prompted Tuesday’s letter to the DOE was appointed to oversee the disposition of nuclear waste in February. Despite a background in nuclear science and engineering, Brinton is a longtime LGBT activist. As an adviser during the Obama administration, Brinton advocated against voluntary therapy for unwanted same-sex attraction. He is also involved with a drag queen group based in the nation’s capital and engages in a fetish known as “puppy play” involving other men who pretend to be dogs.

Sen. Barrasso has not publicly supported the LGBT agenda. He was one of 36 Republicans to vote against the Democrats’ “Respect for Marriage Act” that passed Tuesday in the Senate, codifying same-sex “marriage” and infringing upon religious liberty for Americans.