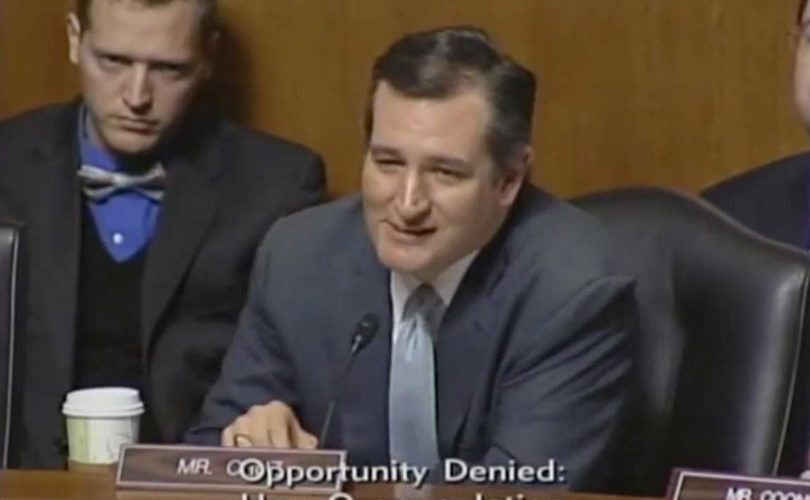 WASHINGTON, D.C., August 28, 2020 (LifeSiteNews) – Three Republican senators sent a letter to U.S. Food & Drug Administration (FDA) Commissioner Alex Azar this month demanding an explanation as to why the agency revoked its approval of hydroxychloroquine (HCQ), a drug that has shown promise in treating COVID-19.

HCQ has long been approved for use in treating malaria, arthritis, and certain autoimmune conditions, but its potential applications to COVID-19 became a political lightning rod after President Donald Trump first called attention to early studies indicating its potential. The FDA initially issued an Emergency Use Authorization (EUA) allowing it to be distributed from the Strategic National Stockpile (SNS) but revoked that authorization in June, claiming “new information” indicated the potential dangers outweighed any potential effectiveness.

“We have heard from licensed physicians” who have detailed “how this decision has affected their ability to treat patients” and “led to misinformation and confusion across the country,” read the August 18 letter by Sens. Ron Johnson of Wisconsin, Mike Lee of Utah, and Ted Cruz of Texas. Some states, the letter warned, have used the FDA’s decision as justification to ban doctors from prescribing HCQ off-label with patients’ informed consent, which was a “longstanding and established authority” they previously enjoyed.

“The licensed physicians we have heard from stressed the potential benefits of early outpatient treatment of HCQ for individuals infected with COVID-19,” the letter continued. These physicians have pointed to the low mortality rates in other countries — like India, Turkey, South Korea, and Morocco — that are using HCQ widely on outpatient populations before the disease progresses to more lethal stages of the virus that require hospitalization.

“However, the physicians are concerned that the FDA’s actions regarding HCQ may be directly costing lives by limiting outpatient access to this potentially beneficial treatment,” the senators warned.

The letter asks the FDA to provide the Senate with the studies influencing its decision, detail what steps it has taken (if any) to make available in the United States other COVID-19 treatments currently being used internationally, and any public statements the agency has made “to clarify that the FDA does not regulate the practice of medicine and that state governments may not regulate the sale or prohibit the sale of prescription drugs.”

In the early days of the COVID-19 outbreak, scientists began researching HCQ’s potential applications in treating the new virus. But after Trump started promoting it, partisans in media and government began a push to discredit the drug, from outlandish stories about a man who died after drinking fish tank cleaner to a junk study falsely claiming HCQ killed Veterans Administration patients.

One influential study published by The Lancet in May purported to not only find “no benefit” to using HCQ, but instead finding “decreased in-hospital survival and an increased frequency of ventricular arrhythmias,” leading several countries to ban it. However, that study was retracted upon the discovery that the company that provided its data was very likely fraudulent.

“There’s no question that in the people who need to be treated, and are treated early, (hydroxychloroquine) has a very substantial benefit in reducing risk of hospitalization or mortality,” Yale School of Public Health epidemiologist Dr. Harvey Risch told conservative radio host Mark Levin last week.

“People need to be writing or calling their congressmen and senators and complaining that this is not the way the country should work,” Risch added. “A bureaucracy that’s in bed with other forces that are causing them to make decisions that are not based on the science — that is killing Americans.”

LifeSiteNews’ petition calling on the FDA to drop its hostility to hydroxychloroquine has so far collected more than 43,000 signatures. Readers can click here to read, sign, and share the petition.