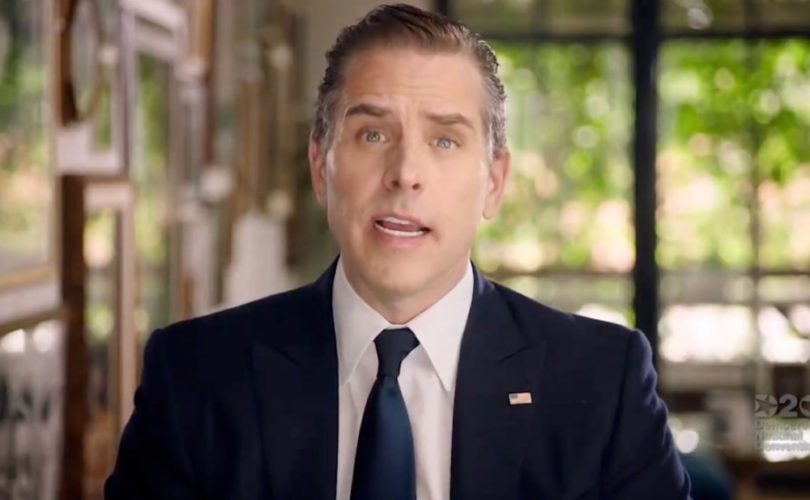 “There’s no middle man in this transaction. This is $100,000 from what is effectively an arm of the communist Chinese government direct to Hunter Biden,” Grassley said on the Senate floor. “To the liberal media and my Democratic colleagues: Is this official bank document Russian disinformation?”

“Hunter Biden and [President Joe Biden’s brother] James Biden served as the perfect vehicle by which the communist Chinese government could gain in-roads here in the United States through CEFC and its affiliates,” Grassley continued. “And these in-roads were focused on China’s advancement into the global and U.S. energy sector. Hunter and James Biden were more than happy to go along for the right price.”

The prospect of a direct six-figure payment to an account belonging to the president’s son from what is essentially a Chinese government front is particularly concerning in light of the fact that the president shared bank accounts with Hunter.

“Bank records like this piece of evidence are pretty hard to deny and sweep under the rug,” Johnson added. “Our reports were chocked full of irrefutable evidence like this. And yet, the media buried those details, in an attempt to keep it hidden from the American people.”

“Senior Democrats and liberal media cooperated to smear me and Sen. Grassley with false accusations of receiving and spreading Russian disinformation,” Johnson went on. “They created documents, leaked them, asked for briefings and then leaked those, too. And then they, themselves, disseminated Russian disinformation. Fortunately, they failed to discredit our investigation because we stayed true to government records. We stayed true to the facts and the evidence.”

While known for years among conservatives, the subject of the Biden family’s financial gains from international influence-peddling broke through to the mainstream in early 2020, when Democrats tried (and failed) to impeach former President Donald Trump for asking the Ukrainian government to help investigate Biden’s role, as Barack Obama’s Vice President, in the ouster of a prosecutor who had been investigating Hunter’ business dealings in the country.

The new documentation sheds more light on Hunter’s dealings with CEFC, which were previously known to include a deal in which Hunter would receive $10 million a year for three years from a “consulting” contract with the company “for introductions alone.”

The authenticity of Hunter’s laptop was ultimately corroborated (most recently by the left-wing New York Times), but the mainstream media did not admit the truth of the story until long after Hunter’s father successfully replaced Trump as President of the United States.