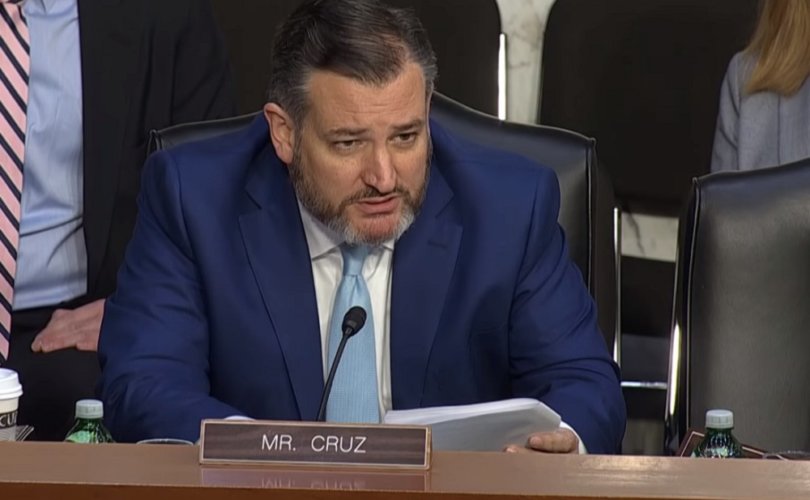 September 11, 2019 (LifeSiteNews) – Four Republican members of the U.S. Senate spoke out Wednesday against Facebook’s suppression of two Live Action videos based on a “fact-check” by abortionists, calling on the social network to reverse the action and submit to an external audit of its practices.

In addition to pointing out the fact-checkers’ conflict of interest, Live Action responded with a detailed explanation of how they misrepresented the videos in question, from “debunking” claims Live Action never made to positing contested claims of abortion’s medical necessity as if they were undeniable fact.

“You claim that your fact-checkers are ‘certified’ through the ‘non-partisan’ International Fact-Checking Network (IFCN),” the senators wrote. “Listed first among the IFCN’s ‘Code of Principles’ is ‘A commitment to Nonpartisanship and Fairness’ that requires ‘signatories do not advocate or take policy positions on the issues they fact-check,’” a standard using these two abortionists clearly fails to meet.

“Your company, like Twitter, Google, Pinterest and so many other major Silicon Valley social media firms, has been repeatedly confronted with evidence of bias against those with conservative viewpoints, especially on the issue of abortion,” the letter said. “And in response you have repeatedly insisted that these numerous incidents of discrimination, censorship, and suppression of speech are merely glitches, not evidence of systemic bias.”

The senators conclude by calling on Facebook to “immediately issue a correction, remove any restrictions placed on the pages of Live Action and Lila Rose, and submit to an external audit” that includes access to “internal Facebook documents and procedures” as well as the ability to “question employees and senior officials.”

This audit, they stress, “should be real and meaningful, not like last month’s ‘audit’ that was nothing more than a summary of complaints against Facebook and its responses,” a reference to the first interim report released last month by a Facebook-commissioned audit team. It detailed a broad range of conservative grievances but rendered no verdict on their veracity and pledged few concrete reforms beyond greater “transparency.”

Media Research Center (MRC) president and longtime conservative leader Brent Bozell responded that the report “stunningly fails to admit fault or wrongdoing,” and its proposed solutions were “empty and insulting.”

“Thank you to Sens. Hawley, Cramer, Cruz, and Braun for their leadership in condemning Facebook’s decision to make two abortionists the arbiters of the national debate on abortion,” Rose responded in a statement. “Facebook’s attack on Live Action and me is an attack on the entire pro-life community. The platform should be a place for the free exchange of ideas, not one where only pro-abortion arguments are allowed. Live Action has asked Facebook to rectify this situation by rescinding their fact-check, sending a new notification to all users about the change, and apologizing, as well as reforming their ‘fact-check’ process.”

BREAKING: Following this morning's letter from various US Senators demanding @Facebook rectify this situation, @facebook has just sent ANOTHER push notification our followers claiming that we are spreading “false news”

This is truly unacceptable. pic.twitter.com/Qr3auabaaJ

Facebook has weaponized their new “fact check” system to shut down pro-life educational content, targeting me & @LiveAction with 3M followers.

What will stop them from doing this to interfere in elections, or to pick ideological winners in public debates by silencing opposition?

This is far from the first instance of Facebook suppressing pro-life content. Other individuals and organizations to see ads rejected or posts censored include Save the Storks, the Susan B. Anthony List, the American Pregnancy Association, Choice For Two, Elizabeth “Activist Mommy” Johnston, and recent pro-life films about Kermit Gosnell and Roe v. Wade. Facebook also opted to block foreign pro-life ads in Ireland’s 2018 abortion referendum, despite Irish law not requiring such a ban, nor did Irish officials request one.