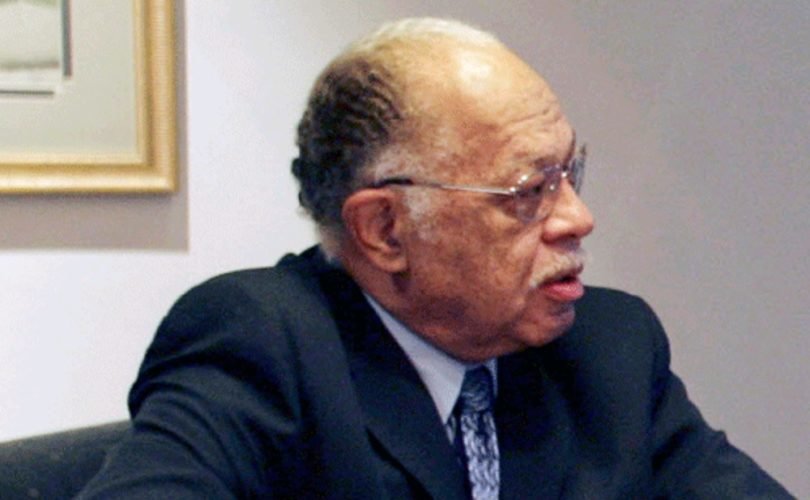 Gosnell accused Daily News reporter Dana DiFilippo and columnist Ronnie Polaneczky of “demeaning” him and of the “monsterization” of his character in Daily News “headlines, articles, editorials and even cartoons.”

“Irreparable harm has been effected upon [Gosnell] and his family, for which rectification and compensation is warranted,” the lawsuit states.

Gosnell is in a Huntingdon, Pennsylvania, prison on three consecutive life sentences without the possibility of parole. He was convicted of murdering three newborn babies, involuntary manslaughter of a female patient, 21 illegal late-term abortions, utilizing untrained and unlicensed medical personnel, hundreds of violations of Pennsylvania's informed consent law, and numerous other charges.

In a separate case, Gosnell was given a 30-year sentence for selling dangerous narcotics to women for profit in what was described as a “Pill Mill.”

Operation Rescue's Cheryl Sullinger told LifeSiteNews that she believes Gosnell's claim has no merit.  “I attended the Gosnell trial, and from the evidence I saw, if anything, the full horror of what happened at Gosnell's abortion mill was never fully communicated to the public by the mainstream media.”

Gosnell's staff testified in court that Gosnell often “snipped” ther spines of live, late-term babies at the back of their necks after they were born alive to kill them.

It was brought out in court that FBI agents, upon inspecting Gosnell's abortion business, described what they saw as a “House of Horrors,” with unsanitary conditions and aborted baby remains stored throughout the facility.

“If anything,” Sullinger added, “Gosnell was described with more respect than he deserved during the proceedings.”

Sullinger also responded to the Gosnell accusation of media “sensationalism.” She told LifeSiteNews that in reality, “The media grossly underplayed the Gosnell story, with the exception of Fox News, which produced a documentary about the case.”

Sullinger then listed examples of how the mainstream media actually downplayed the Gosnell story.

“The public never got to see the graphic photos taken by a former clinic worker of bloody, squalid conditions inside Gosnell's clinic,” she said.  “They never got to see the photos of dozens of babies’ mummified corpses discovered in freezers that all had ominous surgical slits across the back of their necks. They didn't get to hear the gag-inducing testimony about recognizable baby body parts flushing up onto the street through a clogged exterior drain clean-out.”

“If anything, it is Gosnell who is in denial about the true barbaric nature of his crimes,” Sullinger concluded. “This attempt to rehabilitate his image reconfirms my suspicions that he suffers from mental health issues.”

Indeed, Gosnell's own complaint refers to press coverage after he was convicted and waived his right to appeal, yet states, “A person's integrity and good name need be respected by ethical conduct until the process of appeal and sentence correction has been exhausted.”

And yet Gosnell filed a motion anyway, in December 2015, to vacate or correct his sentence.

In the lawsuit filed Monday, Gosnell charged that the Philly D.A. knew abortion by lethal injection was legal and yet he described it as “horrible.” He complained that Cameron, the assistant district attorney who prosecuted the case, used the words “baby” or “babies” repeatedly in his closing statement, biasing the jury against him. Gosnell cited numerous Daily News articles, including a July 2015 report titled “Memorial For Babies Killed By Gosnell.” He also claimed that using the FBI's description of his abortion business as a “House of Horrors” was slander.

“It is generally accepted that a publication is 'defamatory' when it (intends) to injure reputation in the community and expose a person to hatred, ridicule, contempt,” Gosnell wrote in his complaint.