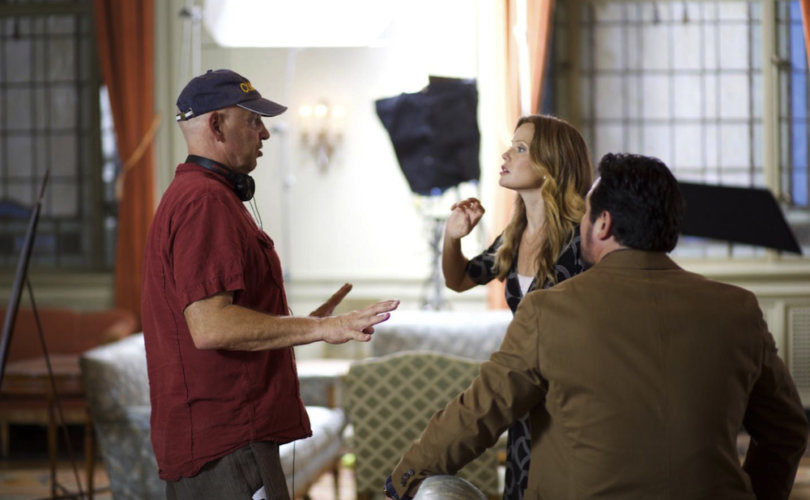 LOS ANGELES, California, October 8, 2018 (LifeSiteNews) – Gosnell: The Trial of America’s Biggest Serial Killer is the true-crime movie about how Philadelphia Detective James Wood and his partner Detective Stark bust Dr. Kermit Gosnell for selling prescription drugs illegally, only to discover that he is a murderer.

In their joint raid of Gosnell’s office with the FBI and DEA, they enter into the stench of death and find that he is an abortionist who keeps baby bodies in the lunchroom refrigerator. U.S. abortion restrictions are weak, but it is a federal crime to murder babies who survive abortion attempts, and Wood thinks Gosnell delivered some of the little victims alive and then killed them.

Earl Billings plays Gosnell, Alfonzo Rachel plays Stark, Dean Cain plays Wood, and Detective Wood was a consultant. Gosnell could have been a gory true horror movie, but the filmmakers made a PG-13 feature, and it opens nationwide in theaters on Friday, October 12.

Kickstarter began a series of ongoing efforts to blackout the movie by cancelling the filmmakers’ crowdfunding campaign, then Indiegogo welcomed them, and so I asked three of the main filmmakers why they were compelled to make it.

Phelim McAleer and his wife Ann McElhinney are longtime Irish journalists who wrote the screenplay with Andrew Klavan and produced the movie with their Polish partner Magdalena Segieda. Nick Searcy is a Hollywood actor who plays Gosnell’s defense attorney and directed the film.

McElhinney made Gosnell for young people and everyone else who thinks the way she did. When she was a young woman in college, she dismissed pro-lifers as too religious and she continued to dismiss them until she saw the brutal truth of evidence presented by crime scene investigators, medical examiners, plus the testimony of doctors who do abortions.

“I never trusted or liked pro-life activists,” she explained. “I thought the shocking images they showed were manipulative. I was sure they had been photoshopped. If the anti-abortion position was so strong, pro-lifers should be able to argue without resorting to emotionally manipulating their audience with fraudulent horror pictures. Once you have this mentality, it’s very easy to completely dismiss pro-life activists. The universities of the world are teeming with young people just like that young person I once was. This story was not orchestrated by the pro-life movement. This was a trial: a murder trial. What witnesses said and the pictures they showed changed me. I am not the same person I was.”

The Gosnell movie began with McAleer. In 2013, he was in Philadelphia working on the couple’s documentary FrackNation. He had a day off and saw a notice about Gosnell’s trial in a newspaper.

In their book by the same title as the movie, McElhinney and McAleer credit reporter J.D. Mullane for covering the trial and tweeting a photo of the empty courtroom. During an interview with Mike Huckabee, Mullane independently confirmed McAleer’s theory on media bias and revealed that evidence of Gosnell’s crimes converted a pro-choice reporter to pro-life.

“So I thought about journalism and I thought this is something that somebody somewhere doesn’t want published,” said McAleer. “People don’t want this story out – we need to get it out. So I came back to Los Angeles and said to Ann and Magda, our business partner, ‘This is our next story.’ And they said, ‘No. We’re not doing abortion.’ I showed them the transcripts of the trial; they read them and realized the story had to be told.”

Prior to making their movie, McElhinney and McAleer wrote their book, except it is analytical journalism while the movie is a gripping drama. Their research for the book includes interviewing Gosnell in prison, and that interview haunts McElhinney.

“He is extremely creepy,” she said, shaken anew. “He touched my legs continuously during the interview, and then apologized after he did it and said, ‘Oh, I didn’t mean to do that,’ but then he kept on doing it. He answered some of the questions we had with this very odd cheerfulness. He was smiling a lot. And then when we got down to the nitty-gritty asking him very specific questions about the clinic, about what he did, he quite quickly changed his demeanor and said ‘Oh, you know about that.’”

McElhinney said Gosnell was obsessed with his own hands, and bragged about how large they are.

“His plausibility and his deniability would shake anyone because you’re sitting there in the presence of someone – and I know what he did because I know the sworn testimony of what the witnesses said that he did – and you look at his hands. I knew him because of the trial and reading all the transcripts and because of all the people I interviewed who knew him and my own experience (of studying him) for a very long time. He’s highly manipulative and that’s why he was so successful.

“At the end of the interview, he got really gross, asking me personal things about my female health,” she said.

As McElhinney and her husband stood to leave the interview, Gosnell shook her hand and she thought: “My God. Look what those hands have wrought.”

McElhinney and McAleer are Catholic, and Gosnell’s victims gave them greater purpose.

The evidence was “brutal” for McElhinney. “I had a profound sense of the presence of evil in the actions of Gosnell and his staff and their complete lack of conscience,” she recalled. “I wept at my computer. I said the Our Father sitting at my desk. I am no holy roller – I hadn’t prayed in years – but at times when I was confronted with the worst of this story I didn’t know what else to do.

“I am absolutely certain that the dead babies spoken of in court were unique people whom the world will never know. I hope the movie and book go some way to mark the fact that they lived, and in their short lives they made a difference. This story can change hearts and minds. It changed mine.”

You might know Nick Searcy as Chief Deputy Art Mullen in the FX series Justified or some character in a hundred other TV shows or movies. Maybe you saw him playing Father Montgomery in Three Billboards Outside Ebbing, Missouri or General Hoyt in The Shape of Water. Both of those flicks were nominated for the 2018 Best Picture Oscar, and the latter feature won. Searcy is a character actor in Hollywood and an outspoken character in real life.

Why did he make Gosnell?

“When Ann and Phelim mentioned the possibility of me directing, I read the script and there was so much that I didn’t know, so much that I was fascinated by,” said Searcy. “I didn’t know what a legal abortion was. I didn’t know anything about all the laws surrounding it – the way the political establishment in Pennsylvania had sort of covered for this man – not covered, but ignored it – didn’t inspect his clinic because of political ramifications. They didn’t want to be seen as ‘anti-reproductive rights,’ so they left this man alone to do these horrible things for decades. And when I read that script, I thought this is an important film and I don’t get that many chances in my silly little career to do things that I think are really, really important and that add to society as I think this film does.”

Parents and sensitive souls shouldn’t worry about violence in the film. “The horrors of what Gosnell did are so terrible we didn’t want to make a gore movie. We didn’t want to make an exploitive horror film,” Searcy said. “We wanted to make a film that addressed the issue seriously but people could sit through without running away in horror. So we approached every one of those moments (such as) when they discover bodies in the clinic and when they discover feet in jars and all the terrible stuff Gosnell did as theater of the mind rather than forcing it in everybody’s face.”

In 2015, Hat Tip Films shot Gosnell in Oklahoma City and Searcy was struggling to cast the role of Viola Brown, who told Dr. Gosnell to stop aborting her baby, then rushed to a hospital to bring that child into the world. Searcy couldn’t find the right actress until he met Tessa Watley.

“When I saw that video, I felt like God led me to her because, literally, I’m sittin’ there in a Waffle House and this was the one part I had not been able to find. I couldn’t find anybody that I liked for that role and this woman was managing the Waffle House and going around apologizing to customers because their food was taking too long or whatever and I thought ‘That woman is perfect for this role,’” Searcy laughed with great delight. “So I went up to her and said ‘I know this sounds like a Hollywood cliché, but I’m a big-shot director and I’m shooting a movie here and I think you’re a star.’ I went back and got the script and she sat down and read it and I said, ‘Do you want to do this?’ and she said, ‘Yeah.’”

Searcy described himself as Baptist but said he’s not an every-Sunday churchgoer.

Of course, Hollywood and the entertainment industry are highly political. Therefore, Searcy’s work on Gosnell could cost him a lot.

“Well, I was sort of out of the closet, as they say, about my political thoughts,” Searcy replied. “Before this film even came around, there was a man named Andrew Breitbart, who was a good friend of mine, who passed away in 2012 and he was a real political warrior and he kind of stepped out against the Hollywood left and said, ‘We don’t have to be afraid of these people.’ And when he passed away, I thought I don’t know how much time I have left, I don’t know how much more work I’m gonna get done, but what am I afraid of? I’m just gonna be myself, say what I think and do what I believe. And if it costs me, it costs me.

“People laugh at me when I say this, but the movie is uplifting. It’s uplifting because it’s about the people who stop the evil. Even though Dr. Gosnell is a horrible evil man, the fact that he was caught and stopped is uplifting,” Searcy concluded.

Anita Crane is a writer, editor, and digital media producer with a B.A. in Catholic Theology from Christendom College. Please click here to send her an email message.