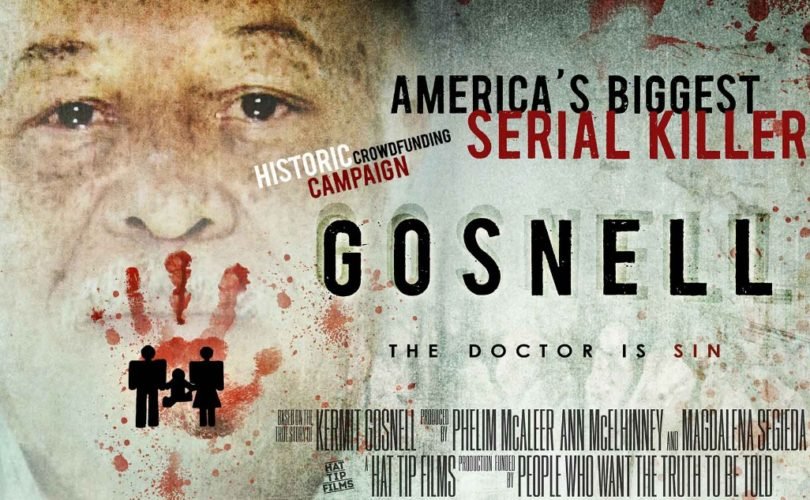 The proposed “true crime” film about the life and crimes of Kermit Gosnell has moved forward, hiring novelist Andrew Klavan to write the script.

Klavan is known in Hollywood as the author of the books True Crime and Don't Say a Word, both of which were made into films. He also wrote a series of books for young adults.

Klavan called Gosnell “the banality of evil made flesh.” Although Gosnell was “the worst serial killer in American history,” he said, “there's this powerful bureaucratic inertia that provides him cover.”

“The Gosnell murders were an inconvenient truth that no one wanted to tell,” Klavan told The Hollywood Reporter.

Former Hercules star Kevin Sorbo agreed, saying, “Nobody wants to talk about [Gosnell], because the details are too damaging to certain political agendas.”

In addition to Sorbo and his wife Sam, the film has been endorsed by former U.S. Sen. Jim DeMint, Drama Queen star Sloane Brown, and Nick Searcy of Justified.

Details of the plot are scarce. McElhinney hinted that the film may focus on the forgotten “heroes” of the ordeal, such as women who changed their mind about having an abortion at Gosnell's “house of horrors” and the handful of journalists who brought the story to national prominence.

The film is being produced by Hat Tip Productions. Irish journalists Phelim McAleer and Anne McElhinney worked together on the documentary FrackNation. Magdalena Segeida is the Polish-born producer behind Not Evil Just Wrong. Their other work includes Mine Your Own Business and The Search for Tristan's Mum.

McAleer, McElhinney, and Segeida raised its initial goal of $2.1 million from an impressive 23,524 donors in 39 days. (They raised $2.24 million before the campaign closed on May 12.) They turned to the crowdfunding website Indiegogo after being banned from Kickstarter.